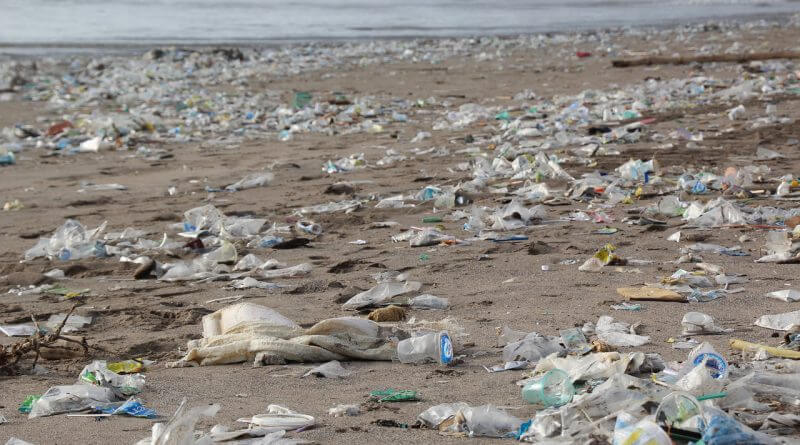 Here are five songs to provide a soundtrack for a Plastic Free February.

Plastic is often used as a symbol for that which is fake and disposable. The song ”Plastic Jesus” is a humorous dig at those who profess faith but actually behave rather badly. In some versions the plastic statue of Jesus also acts as a whisky flask. This is a gently sung version by Tia Blake.

How I Wrote Elastic Man: The Fall

Whether Mark E Smith is using “Plastic” to signify the worthlessness of fame and the subsequent stifling of the creative process is open to debate. As is the question of whether he is singing Plastic or Elastic or a variation of both (annotated lyrics here) . Either way, he definitely was not appreciated…

Although it is tempting to regard plastic as representing that which is disposable and throw-away the reality is different.

In “Dear Plastic” the Sugarcubes sing:

“Plastic. Nylon. Terylene. Made of atoms, by tender fingers and determined hands of inventors tickling perfection .”

Plastic is an artificial product which does not biodegrade. No natural process can break it down. Instead it photodegrades – fragmenting into smaller pieces. All the plastic ever created still exists in some form or other.

That plastic does not biodegrade presents a very real problem and this is made worse by a consumer driven economy that emphasises novelty over quality. Mass consumerism relies on (and encourages) our expectation that things are not built to last, and that it is easier to discard our consumer goods rather than repair them.

What Did The Hippie Have In His Bag: Cornershop

Neil Young’s song expresses his frustration that when he  “bought a plastic bag, the bottom fell out”. But the hippy’s bag is more sustainable (a Plastic Clever bag for life?). And even Cornershop and their friends cannot list all the marvellous things that it carries…