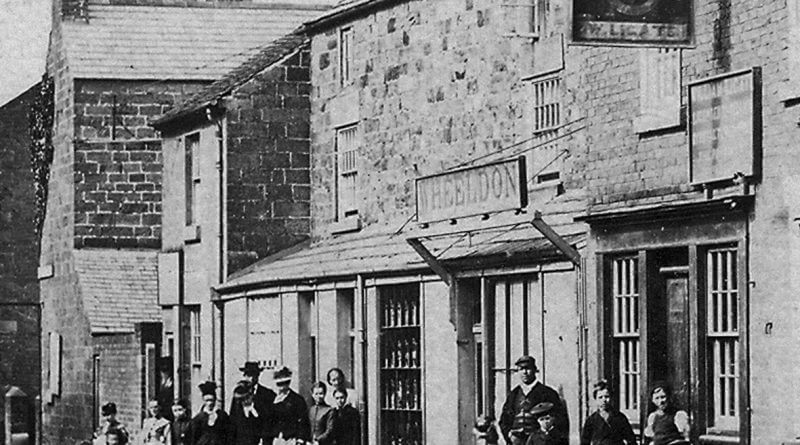 Campaigners have said that Wheeldons should be ashamed of their proposals to build on the Green fields of Belper – thereby risking its WHS- as the people of Belper once saved the company from extinction.

The history of the incident was discovered by chance in a copy of a Belper magazine, ‘All Things Local’, and reports in the Derby Mercury newspaper in 1889 confirm what the people of Belper did to save the business.

The Wheeldon Brothers business began in 1867, in the heart of Belper, now part of the only World Heritage Site in the East Midlands.  George and William Wheeldon were joiners, but quickly established themselves as property developers, contributing to the growth of the world’s first cotton mill town.

The business very nearly ended just 22 years later when, on Friday 21 June 1889, their business premises was completely destroyed in a fire which caused £1,400 worth of damage.  Within just a few minutes of the alarm being raised, there were over a hundred people out in the street trying to help. Flames were reported to be as high as 50 feet in the air and it took two hours to extinguish the blaze.

The business was completely gutted, and, as they were uninsured, the brothers were made nearly penniless over night.  Almost immediately, the people of Belper called a meeting and opened a fund to help pay off the costs of the damage.  At a time when there was no such things as disposable income, and every penny counted, the people of Belper raised nearly £200 at that first meeting, and substantially more in the days that followed.

Campaigners have remarked that nearly 130 years later, Wheeldon Brothers – now based in Derby – are repaying that debt by building houses in an area identified as part of the unchanged landscape for which the Derwent Valley Mills were inscribed on the World Heritage List, thereby putting that World Heritage Status at risk.

Campaigners against the development on Belper Lane feel the company should be ashamed of what they are doing, particularly as Wheeldon Brothers would not exist today if it wasn’t for the compassion of the Belper townspeople in 1889.

A spokesperson said : “Wheeldons owe a great debt to the people of Belper, but instead of honouring that debt, they have pushed through a development on the green fields that form part of the 18th-century landscape for the Belper mills.

Not only that, they are gaining access by demolishing a farm which was owned by the Strutt family who built the mills, and forms part of the World Heritage Site story. They should remember who helped them survive when they had nothing, and leave our heritage alone.”

The application for the development of 65 homes on Belper Lane was submitted to Amber Valley Borough Council last year by the company. The application has since been met with fierce opposition with over a 100 objections submitted against it and local residents marching through the town in protest.

Wheeldons did not respond when asked to comment on the issue.

2 thoughts on “Developer Wheeldons Should Be “Ashamed” Say Campaigners”