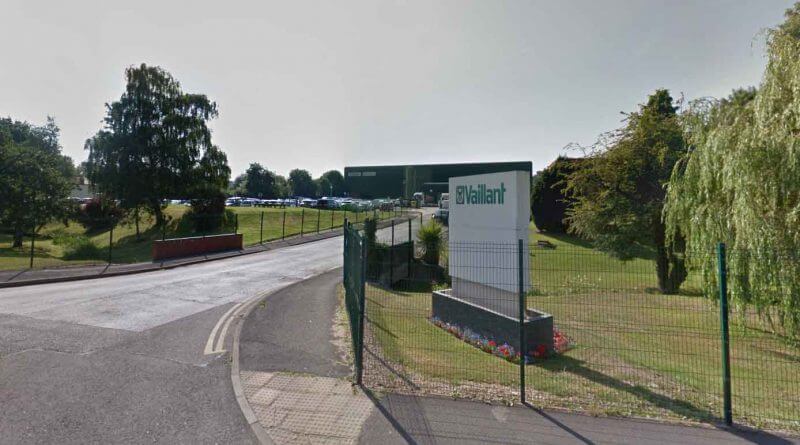 The Secretary of State For Housing, Communities and Local Government Sajid Javid has announced that he is to call in a controversial development scheme in Belper.

The Bullsmoor plan has sparked a protest by Belper campaigners and Mid-Derbyshire MP Pauline Latham because of its close proximity to the UNESCO World Heritage site.

Its developers, Peveril Homes, put in a planning application for 150 homes on land behind the Vaillant boiler factory on Nottingham Road.

Initially, Amber Valley Borough Council agreed to the plan but now the Secretary of State has said closer inspection into the proposals are needed.

Campaigners have been worried about the impact on the Derwent Valley Mills World Heritage site and pressure on schools and medical centres from increased population.

They also have concerns around the development being on green belt, leading to loss of wildlife, hedgerows and trees.

In a letter to Mrs Latham, Secretary of State, Sajid Javid said: “The Government’s policy on call in is to be very selective. It is right that in almost all cases the initial decision on whether the application should proceed should be taken by the local planning authority. In general, planning applications are only called-in if planning issues of more than local importance are involved.

“I have indicated, however, that there are occasions when it is right for me to decide the issue, normally following a public inquiry.  Arrangements for the public inquiry will be made shortly and the details advertised locally nearer the time.”

Mrs Latham said: “I am pleased that the Secretary of State has seen it fit to spark deeper investigation into the plans for Bullsmoor.

“I have kept him informed of the campaign to preserve the World Heritage Site and nearby green belt in Belper and even invited him to the area..

“It is my belief and that of the campaigners that there is ample opportunity for brownfield site development in the area and I hope the Secretary of State is minded to think the same way.”

There are currently three large planning applications for the Bullsmoor, Belper Lane and Bessalone areas being processed that could, should they be passed, add hundreds of new houses to the town.

Paul Terry, from a community group against new housing in Mount Pleasant, said: “I’m glad it is being called in but cannot understand why it is being treated differently from the other sites in Belper with regards to heritage grounds. It is the same issue as our site. We are challenging Sajid Javid’s decision. Meanwhile, we have offered any help Protect Belper require.”

The inquiry will take place in the council chamber at Ripley Town Hall, in the Market Place at April 10 at 10am.

Amber Valley Borough Council have requested that anyone planning to attend to give their views should notify them at least seven days prior. It is expected to last 5 days.