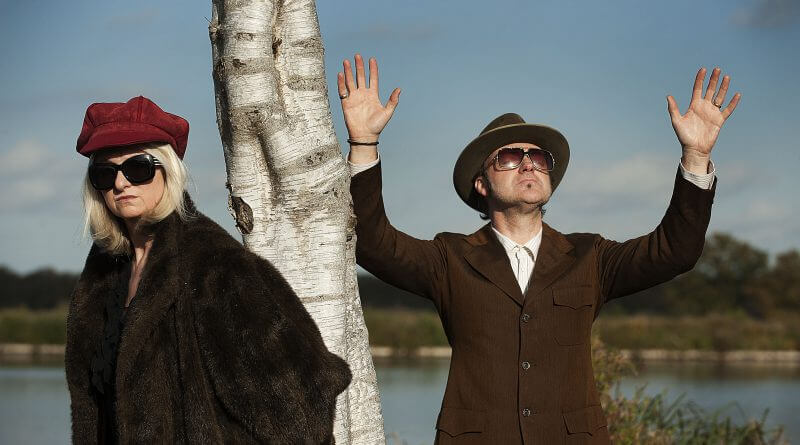 Mark Billingham and My Darling Clementine will be performing their new collaboration “The Other Half” for the first time at Belper Rugby Club on Thursday, February 22.

This new Live & Local performance is a unique collaboration between the leading lights of crime fiction and country music. An original story written and read by best-selling crime writer, Mark Billingham, is sound tracked by the powerful and poignant songs of internationally acclaimed Americana duo, My Darling Clementine.

The story begins: ‘In a rundown Memphis bar, Marcia – a washed-up Vegas showgirl – works double shifts and reflects on her single doomed shot at happiness, while her customers tell the stories of their own troubled lives. Tales of lust, loss…and murder.’

Mark Billingham is a best-selling author, comedian and actor. His first novel Sleepyhead was an instant bestseller in the UK. It has been sold widely throughout the world and was published in the USA in the summer of 2002. An acclaimed television series based on the Thorne novels was screened on Sky One in Autumn 2010, starring David Morrissey as Tom Thorne. A new series, based on the novels In The Dark and Time Of Death will be screened on BBC1 in 2017.

My Darling Clementine started life as a side project for Michael Weston King & Lou Dalgleish,  a labour of love, a homage to the classic country duets of the 60’s and 70’s , My Darling Clementine is now very much part of the country and Americana landscape. 3 critically acclaimed albums, over 400 shows across Europe and North America, numerous accolades and awards has placed the band at the forefront of the burgeoning Americana scene

More details can be found here.

Suitable for those aged 14 and over.