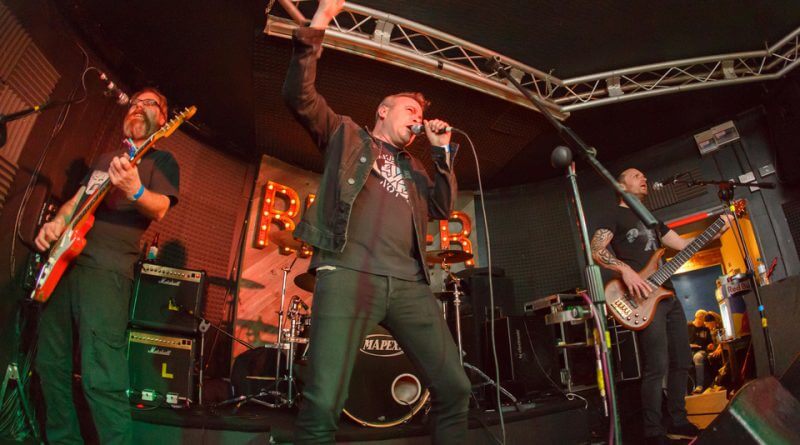 2017 was something of a ground-breaking year for Headsticks with stand out gigs on the festival circuit and the release of a live CD and 10″ vinyl waxing, the latter featuring guest vocals by none other than Steve Ignorant whose Slice of Life line-up regularly grace The Top Bar stage.

The live CD was affectionately described by one reviewer as ‘rough as a badger’s bum’ implying that the record accurately captures a raw and undoctored picture of a Headsticks performance unlike many so-called live records. What makes the band unique is in fact their ability to weld subtle and intricate folk melodies to their own brand of punk energy and attitude thus bringing together a wide audience across a range of generations.

Support on this occasion is provided by Chris Butler and Graham ‘Cookie’ Cook and tickets are already moving briskly. With a venue capacity of 60, early purchase or reservation is advised.