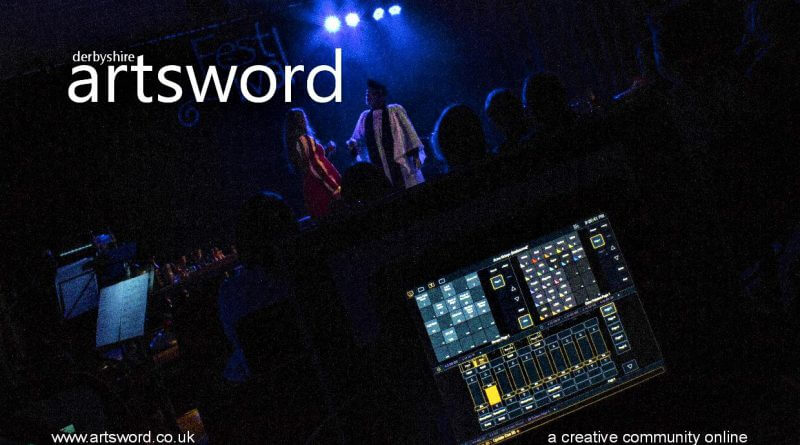 A new internet platform ‘Derbyshire Artsword’ is being launched this week (5 January 2018) in Belper to showcase art in the region.

Derbyshire Artsword will feature a recorded weekly podcast with the pilot episode available from Friday.

It will carry interviews with performers, musicians and artists, a ‘What’s On’ section and previews of upcoming events.

In addition the web site will carry recorded performances by Derbyshire performers and musicians.

The recordings will include plays, sketches, poetry, spoken word and music. George Gunby said: “It’s an exciting new opportunity for Derbyshire based artists,”

“It’s a chance to give exposure to groups and individuals, both amateur and professional, twenty four hours per day. In addition we expect the web site to attract tourists and show why Derbyshire should be an arts destination. The web enables us to expose Derbyshire talent worldwide.”

James Oldrini said: “I was in the process of setting up a sideline project, ‘Article Recordings’, a recording service to help businesses and people create podcasts when I learnt that George Gunby was interested in creating some form of radio programme for Belper.

Oldrini added: “After meeting we quickly decided to shift the idea into a weekly podcast focusing on the Derbyshire Arts. The podcast will be available on iTunes and can be embedded to any website. Initially it will be available from belperartsfestival.org.”

Broadcaster and photographer Ashley Franklin said: “Ritz Recommends will be a weekly guide to the Ritz Cinema programme using film clips, scores and soundbites from the stars. This will be a valuable opportunity to spread the word about the cinema. The Ritz is a great success story.”

“However, like every cinema, not every screening is a sell out, so I see this weekly broadcast as an opportunity to zoom in on the quality films that receive comparatively little attention but are well worth seeing. In 2017, there were spare seats for some of the year’s best films: The Party, Wind River, Maudie, Hidden Figures and The Founder. I hope 2018 will see more films of this quality and that Ritz Recommends will help swell interest in them.”

The pilot podcast can be heard at belperartsfestival.org