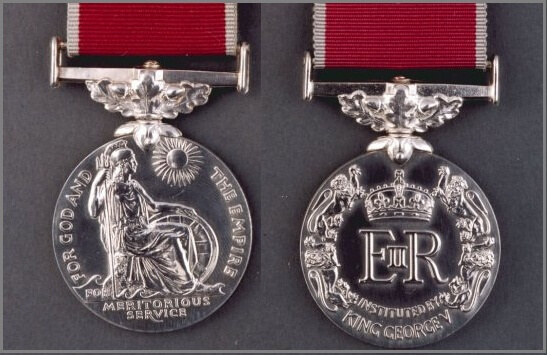 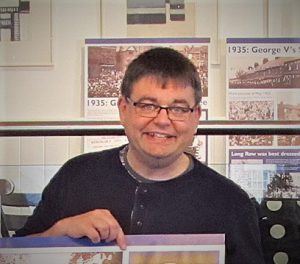 The British Empire Medal is a civil medal which is part of the Order of the British Empire and is awarded for voluntary work.  It was discontinued by John Major in an effort to create a more classless society and reintroduced by David Cameron to reward efforts in line with his vision of “Big Society”.  The New Year’s Honours list states that he has been awarded it “For services to the community in Belper and Derwent Valley, Derbyshire.”  Mr. Farmer can now put the letters BEM after his name.

It is unknown who nominated and made the case for Adrian to be awarded with this honour, but we do know that it is for his voluntary work outside of his role managing and promoting the World Heritage Site.  This work (which often complements his official role) has included setting up an Ambassadors Scheme which trained Belper business people, shop workers and people who engaged with the public to speak to visitors to Belper in an informed and helpful way, which contributed to Belper winning the accolade of Best British High Street in 2014.  Adrian’s Discovery Days have also been highlighted, and finding ways for other people to give their time to improve Belper.  Adrian told us that he is “especially proud of Discovery Days because it brings more to the community.”

Adrian often runs history walks and talks, has been part of the Belper in Wartime group which has organised the WW1 centenary events, and he has tirelessly worked to stop overbuilding and development which would damage the World Heritage status of the historic mills by altering the landscape of the buffer zone around it.

Talking to Adrian he said that it had been a “great surprise, a great honour” and that he was “still processing it”.  He found out about the award three weeks ago but was placed under an embargo from talking about it until 10:30pm on 30th December 2017, when the announcement of the list was released.

The medal will be presented by the Lord-Lieutenant, who is the monarch’s personal representative to each county in the United Kingdom.  Mr. Farmer will later attend a garden party at Buckingham Palace where he says “it is not something I ever thought I would do.”

Adrian was incredibly humble about this award, saying that it “inspires me to carry on and do things to earn the accolade.  There are so many people who give their time freely.  I’m just one of them.  They should take a look at Belper and dish them out all over the place.”

This is not the first time Adrian’s huge input to Belper has been personally recognised, as he was named a “tourism superstar” by Visit England  (national tourist board) in 2012.

One thought on “New Year Honour for Adrian Farmer”