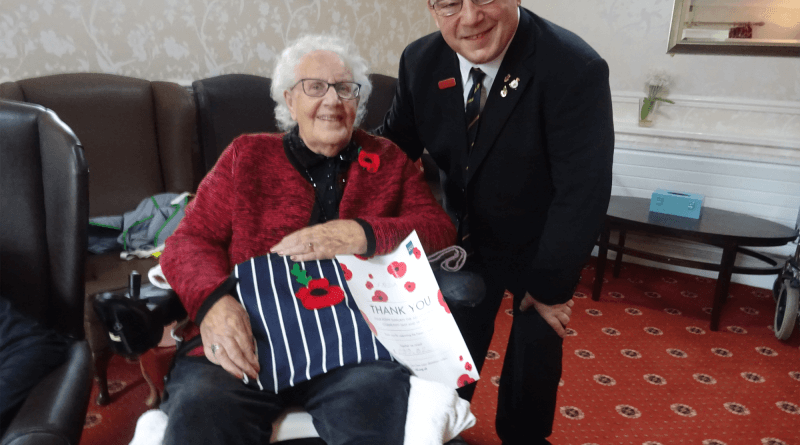 Pensioner Freda Walters has been busy with her knitting needles to raise hundreds of pounds for the Royal British Legion’s Poppy Appeal.

Freda, aged 90, a resident at Milford House, Belper sold around 90 knitted poppies to raise £239.82 for the Royal British Legion.

Freda, who has also been busy knitting hats for premature babies at Kings Mills Hospital in Nottingham, presented the money she had raised to Les Harrison, the Poppy Appeal representative for the Belper branch of the RBL. He thanked Freda for her hard work in raising the money and said it would greatly benefit the charity.

Freda, who is dedicated to the cause and would knit up to ten poppies in one night, said: “I have been knitting the poppies every year for the past five years now and will carry on as long as I can.”

A Remembrance Day service is held at the home every year. The event is attended by relatives’ families and includes a memory board so that people can remember all of those who have passed away in the last year.

Activities co-ordinator at the Milford Care Home, Kathryn White, said: “It’s nice to see the families again. Some people came every day to visit a relative so we miss them too. It’s hard for people who used to come here every day.”