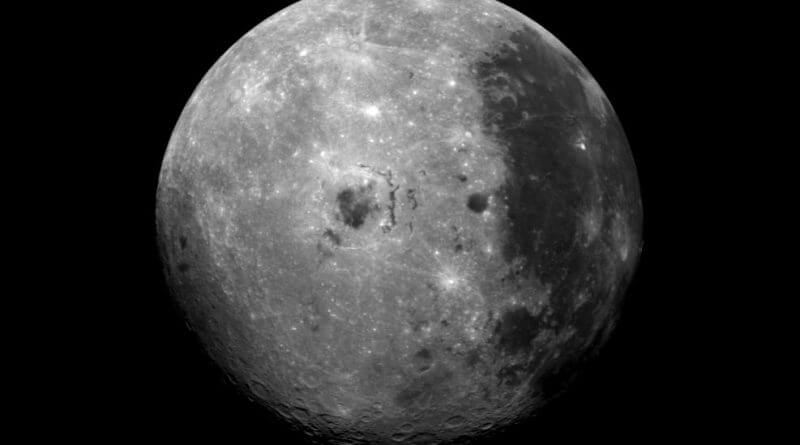 There are no bright planets on view in the night sky over December. The highlight of the month will be the annual Geminids meteor shower, viewing conditions are predicted to be good with very little moonlight to spoil the view.

It is now worth looking out for Geminids as we approach the peak night for the shower. The Geminids are expected to produce around 100 meteors per hour at their peak (as always expect to see much less than this). The best night for spotting Geminids will be on the evening of the 13th of December going through to the early hours of the morning on the 14th of December. The Geminids peak rate is expected from 2.00am on the 14th of December. On the night before (the 12th through to the 13th) there will be less meteors on show but the predicted rates will still be good. After the 14th the meteor rate is predicted to drop off significantly. Viewing conditions are predicted to be good as there is very little moonlight on the peak nights.

It could be that the Geminids are less well known than the Perseids because viewing them involves wrapping up warm and going out into the cold winter nights. This is unfortunate as, in my experience, the Geminids nearly always pass the “mug of tea test” (around the peak nights you should expect to see more than one meteor in the time it takes to drink a mug of hot tea – approx. 15 minutes). To see a Geminid just go out on any clear night approaching the peak nights, start watching from around 10.00pm and look upwards. Best viewing will be in the early hours of the morning (1.00am – 3.00am) when the radiant point of the meteor shower is almost directly overhead.

The Ursid meteor shower generally produces between 10-15 meteors per hour at their peak (around midnight on the 22nd). A different proposition to the Geminids; you will need a lot of patience to see one (maybe having to drink a flask of tea rather than a mug). The peak night for the Ursids will be on the 22nd through to the early morning hours of the 23rd of December. The night is free of moonlight which will improve your chances, look up and towards the north from 10.00pm onwards.

If you missed the supermoon in December, don’t worry the next two full Moons in January are also designated as supermoons.

I am a bit dubious about the reporting of the supermoon phenomenon. It is a real event, the Moon’s elliptical orbit brings it closer to Earth, and when this coincides with a full Moon it will appear to be slightly bigger and brighter. But many of the images of supermoons produced in the media are a result of using long telephoto lenses and photographing the Moon next to an object in the foreground (and you can do this with any full Moon). In addition the Moon will always look large when it is next to the horizon (see an explanation here: The Moon Illusion).

A full Moon is a worthwhile object in itself – just go out on any clear night when there is one on view. In most cases you will not be able to tell any significant difference between a normal full Moon and a supermoon and, as such, there is no real reason to report a full Moon as a supermoon, except as an easy way to generate clickbait.

The image I have used this month (courtesy of NASA images) is of the far side of the Moon; a view we never see from Earth.

It is a poor showing for bright planets in our evening skies – simply put there are none on view.

In the morning sky, Jupiter is a bright object rising in the south-east from around 5.30am. Mars is less conspicuous but is in the same part of the sky.

On the morning of the 14th of December, before dawn, Mars, Jupiter, a crescent Moon, and the bright star Spica, are all in the same part of the sky – look towards the south-east to see them.

The International Space Station (ISS) returns to the evening sky this month. The site is currently showing viewing opportunities from the 6th to the 19th of December in a time slot between 4.20pm and 7.00pm. Between the 6th and 13th of December ISS can be seen twice in an evening, separated by about 95 minutes.

Spot the Station only gives information of sightings for two weeks in advance, so it is too early to tell if there if going to be a Christmas Eve appearance. To make sure of a sighting go to the Spot the Station website for the exact times and where to look in the sky

Introduction to Astronomy: “Advice on Buying a Telescope” Evening.

The Derby and District Astronomical Society hold regular “Introduction To Astronomy” evenings. This month DDAS secretary Brian Dodson will be giving advice on “What Types of Telescope to Buy with Your Christmas Money”. The meeting will be held on Friday 15th December 2017 from 7:30 pm onwards at The Friends Meeting House, St. Helens Street, Derby, DE1 3GY.

In addition If you need help and advice with a telescope or binoculars you can bring them along on the night and a member of the society will try to help. The idea of the introductory meetings is to allow people more time to have their questions about astronomy answered. There is a collection which helps pay for the rental of the Friend’s Meeting House which is £1 for members and £3 for non-members.