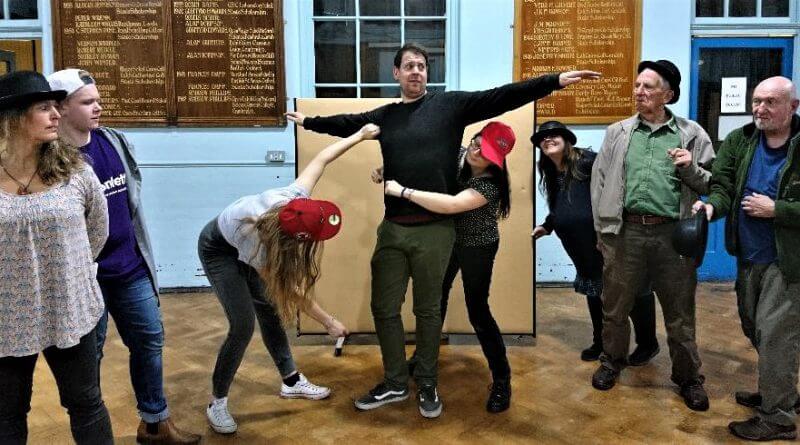 A selection of traditional folk stories have been brought up to date for the 21st Century for performance by Belper Players.

Local writer Jeff Moule has brought verse, intrigue and comedy to five tales in his latest collaboration with the Players. He has previously directed them in his plays Caging the Wild Birds, Not Ibsen’s Peer Gynt and Another Chalk Circle.

The result is Five Tales In Verse – And Sometimes Worse, which will be staged at The Strutt Centre, Derby Road, Belper, from 8 to 11 November at 7.30pm. There is also a matinee performance on the Saturday at 2.30pm.

In Jeff’s plays, the French story of Bluebeard becomes a Gothic horror story. And the satire of The Emperor’s New Clothes is given a modern twist with two rapping weavers.

The other stories are The Fisherman And His Wife, Toby And The Wolf and The Man Who Would Cheat Death.

Jeff said: “All these stories have an enduring appeal for old and young alike and there is something for everyone to enjoy. But most importantly, they’re a lot of fun.”