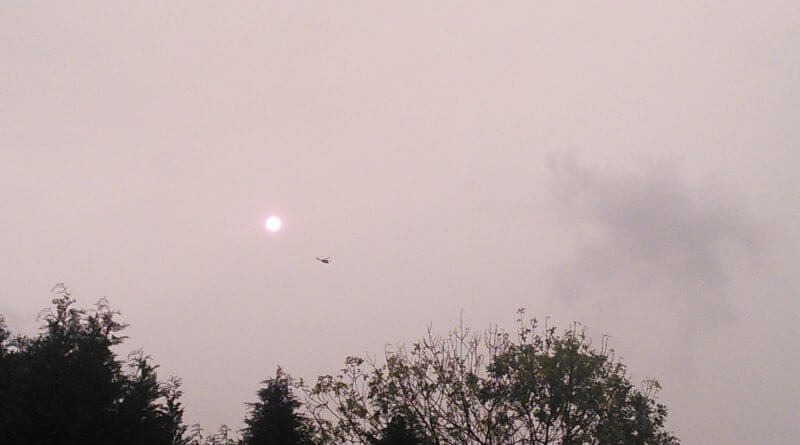 The Sun turned orange and pink today (Monday 16th of October) casting a strange light over Belper and the rest of the Midlands. The Sun was dimmed by a hazy sky resulting in an eerie light for much of the day and, at times, the Sun was dulled to a pink disc.

What is the cause: Misty cloud? Pollution? The beginning of the “end of days”? Climate change? Brexit!

None of these. According to the Weather Channel the cause is “a film of Saharan dust and red – hot air being blown northwards from forest fires in Spain and Portugal”.

The dust is being blown across the UK  by strong winds being caused by storm Ophelia, and this has resulted in the dimming of the Sun and its changed colour. (The photograph above was taken in Belper at around 2.10pm – no filter has been applied to the image).

In the meantime, sit back and watch the world turn Day-Glo…

One thought on “The Day The World Turned Day-Glo”