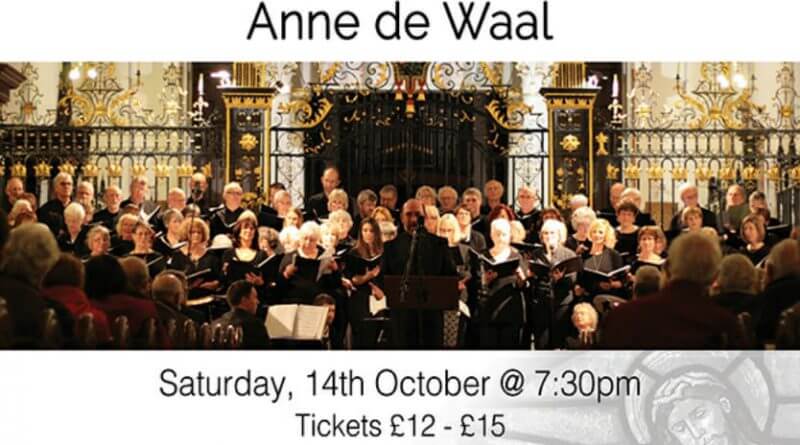 On October 14, at St. Peter’s Church, there will be a performance of THIS MAN: A Modern Oratorio by Anne de Waal.

Prepare to be delighted, overwhelmed, saddened and thrilled by the music and lyrics of the story of Easter, told through music and song.

‘This Man,’ a modern oratorio, was first created for a school in South Africa, where the composer Anne de Waal was employed as a music teacher.

Asked to write something for an Easter celebration assembly for children, the first song, ‘Riding on a Donkey’ was born. Given free reign to write music for the school choir for future performances, the Oratorio began to take shape. When Anne de Waal relocated to the UK, the music was developed further for adult choirs.

Doors open at 7:30 PM and you can buy your tickets now for a performance at: