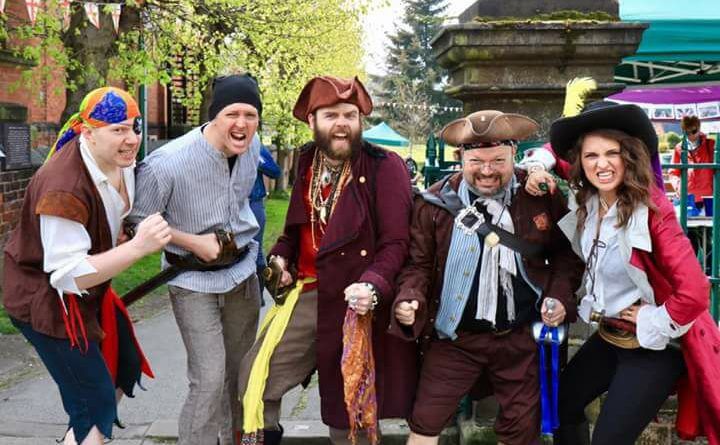 Preparations are well under way for the sixth Belper Arts Festival. It will run from 6 to 28 May 2018.

Following the huge success of the World War One play ‘Hamp’ last year, Larry Waller returns to the directors chair to bring ‘Nell Gwynn’ by Jessica Swale. Originally commissioned by the Globe Theatre, the play won an Olivier Award for Best New Comedy in 2016. It charts the rise of an unlikely heroine who became not only Britain’s most celebrated actress but also stole the heart of a King.

The brilliant Megan Gibson will feature in the title role with performances from 17 – 19 May.

The children’s showcase ‘Shine!’ returns on 20 May with local children from 6 to 18 years bringing song, drama and musical theatre to an eight hour production. Alongside students from Captive Audience Community Theatre will be drama groups specialising in tutoring youngsters.

“It promises to be the biggest Festival yet,” said Co-Ordinator George Gunby. “We are now welcoming people who would like to stage events as part of the Festival.”

Event Application Forms can be downloaded from www.belperartsfestival.org. The deadline for applications is 31 January 2018.

For further information please complete the Contact Form on www.belperaartsfestival.org.