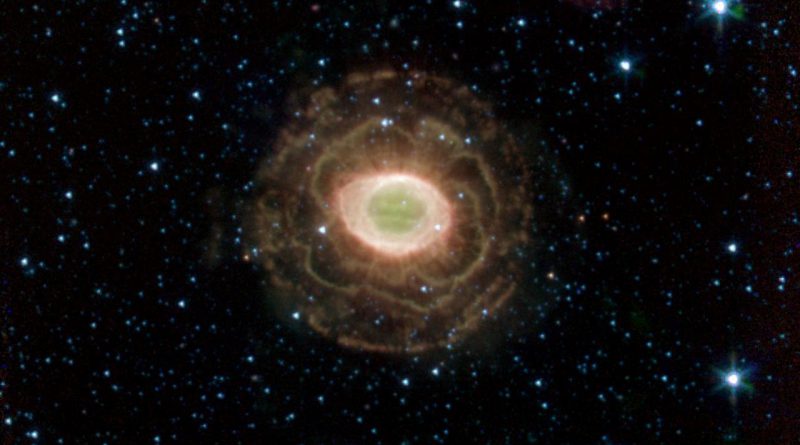 This September we may have missed the Harvest Moon- or have we? In the early morning, Mercury, Mars and Venus are visible. Try to find the Ring Nebula, and the Cassini spacecraft plunges into Saturn on the 15th.

There is a bit of debate this year about whether the Harvest Moon falls in September or October. The Harvest Moon is, technically, the full Moon closest to the Autumn equinox (which this year falls on the 22nd of September). The full Moon in September was on the 6th (and was clouded out over Belper, so we missed it). Next month the full Moon is on the 5th of October (which makes the October Moon closest to the equinox). Mainstream media has designated September’s Moon as the Harvest Moon – but only because the Harvest Moon generally falls in September. Both full Moons share the characteristics of a Harvest Moon (in the sky shortly after sunset extending twilight, and thereby, increasing visibility to allow the harvest to be brought in – less romantically, but more effectively, farmers now use floodlights to provide the necessary light and specialist teams to bring in the harvest). Technically, the October Moon should be the Harvest Moon, however it is probably best to regard the two full Moons as co-stars, and to enjoy the spectacle over 2 months instead of one.

Venus is a bright object in the early morning sky. Shining in the east before dawn, It rises around 3.15am in the east.

Jupiter just peeks above the horizon, very low in the southwest. At the month’s end it will be too low in the sky for any decent telescopic views. We will have to wait until 2018 before we can get a decent look at it again.

Saturn still lies in the southern sky but is very low in the sky – making observation difficult. For back-garden observers there is a high chance that it will be obscured by roof tops, trees or hills. With a clear horizon, Saturn can be seen in the southwest as darkness falls (around 9pm) and it will set in the late evening. It lies close to the Moon on the 26th. Towards the end of the month it will start to sink out of view.

Venus, Mercury and Mars: All three planets are visible in the early morning sky, Venus is the most dominant and brightest. If you get up early, before dawn (around 5.30pm) and look towards the east there is the possibility of seeing all three at the same time. Venus is the brightest “star” in the sky at that time in the morning, so let that be your guide. The other planets are lower down (and harder to see). Try looking mid-September onwards. Mars is a bit of a challenge, much fainter than Mercury, (and Mercury will be low down in the sky). You will also see the bright star Regulus. As the month progresses they will change positions – with Mercury the fastest “mover”. On the 16th of September use the thin crescent Moon as a guide: all the planets will be diagonally below it.

If you have a telescope try finding the Ring Nebula (Messier object 57).  The Ring Nebula lies in the constellation of Lyra which is currently prominent in the southwest (look for the bright star Vega to locate Lyra). There is  a good guide on how to locate the Ring Nebula here:  The One Minute Astronomer.

It won’t look anything like the image above (courtesy of NASA) but it is still a good object to locate, and a small telescope will show its ring shape. Better telescopes will reveal the internal “hole” and (much better telescopes) the bright point of light that is the white dwarf star at its centre.

The Ring Nebula is a good example of a planetary nebula. These are the result of a dying red giant star expelling outer layers of ionised gas to form a nebula. The star collapses into a white dwarf star and sits at the centre of the nebula it has created.

The space station is an early morning object. Look for it by getting the times, direction and elevation from the Spot the Station website. Between the 8th of September and the 20th the space station will appear in a time slot of between 3.30am and 6.00am.

If watching the Perseid Meteor shower has piqued your interest in the night sky, Derby and District Astronomical Society  are holding an Introduction to Astronomy Evening on the 15th of September- with a focus on the Autumn Sky. The evening will be held at the Friends Meeting House, St Helen’s Street, Derby, from 7.30pm. Location here.

It is also worth checking out their Guide to Buying a Telescope – which contains lots of good advice.

One thought on “Space Is The Place: The Night Sky Over Belper, September 2017”