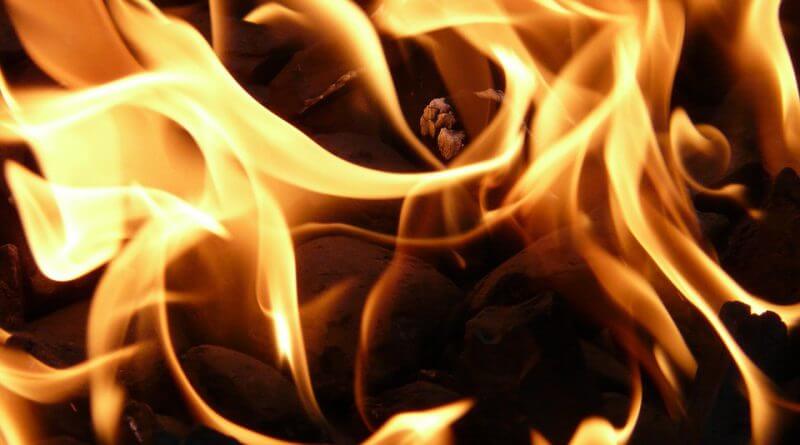 At 00:12 hours on 19 July 2017, firefighters from Belper, Duffield and Alfreton were called to a house fire on Bargate Road, Belper.

One male, aged 49, was rescued from a first floor bathroom window via a ladder, before being handed over to the ambulance service.  Fortunately he sustained no serious injuries.

The property was fitted with working smoke alarms, which alerted neighbours to the danger and prompted them to call 999.  On arrival, crews discovered a fire in the kitchen on the ground floor of the property, with a fire investigation determining that the most probable cause of the fire was cooking that had been left unattended.

Station Manager Michael Haslam said, “Over 50% of all accidental house fires start in the kitchen, therefore it is extremely important that you should never cook whilst tired, or after consuming alcohol.  Tiredness and alcohol can have a detrimental effect on your ability to prepare food safely, meaning accidents could occur more easily.

Derbyshire Fire & Rescue Service would like to remind people of the following safety advice:

For more information about keeping safe, visit www.derbys-fire.gov.uk. You can also follow our social media channels, Facebook and Twitter for regular fire safety advice and information.