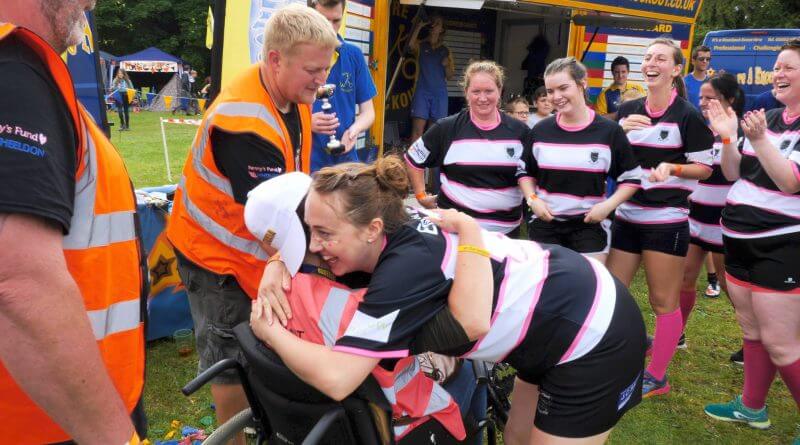 Belper Games, which took place over the weekend on three days across the 14th – 16th July to raise money for charitable causes, had a record attendance.

The Total Wipeout style inflatable course, which is the centrepiece of the games, was fiercely fought for by over thirty teams. Belper women’s rugby club were crowned champions for the first time.

Jim Bull, one of the festival organisers, said: “Saturday was frankly unbelievable, a record 30 teams taking part and a record attendance somewhere in the region of 8000 people attended on the Saturday alone. It never ceases to amaze us how many people now support this event.”

“Belper women’s rugby club were crowned champions for the first time and they thoroughly deserved it. Everyone we spoke to only had good things to say and that’s all you can ask for really.”

The Belper Games is one of the area’s largest community events, which originated in 2012 as the brainchild of Nick and his family and friends in order to raise money for medication not available on the NHS for Penny Wheeler.

Although Penny sadly lost her life to her illness, the games were a great success and it was her wish that they continue. The event now raises money for three rare charities – The Pulmonary Fibrosis Trust, Ataxia UK & The Scleroderma Society – and several other local causes and projects; indeed, it does so very successfully, having raised several tens of thousands of pounds since its inception.

Commenting on the event, Mid Derbyshire MP Pauline Latham said: “It was a wonderful family atmosphere on Friday night with the showing of The Jungle Book and having opened the Belper Games for several years I was delighted to see how it has grown and how many people attended, especially with their family”.

“The event also served a really vital function in raising substantial amounts for some very valuable causes, as well as helping showcase – and further develop – the incredible community spirit that exists in Belper. Those who organised the event should be very proud of what they achieved”.

Over 30, primarily local, artists performed over the weekend. Saturday’s after party had R:ED, The Barnie Rubblz, The Sarah Knight Band and was headlined by an absolutely amazing set from local band Wheatabix. Sunday was more relaxed, with people enjoying the sunshine, last of the beer and cider festival and more live music. The weekend was concluded with Britpop legends Mark Morriss and Chris Helme performing. It was all topped off with a barn storming performance from Jasper in The Company of Others.

Jim Bull said: “We should know in a couple of weeks how much money we have raised for our charities after all the sponsorship has come in. All we can say is Belper is amazing, which in the main is down to the people and their sense of community.”

Images: Courtesy of The Belper Games