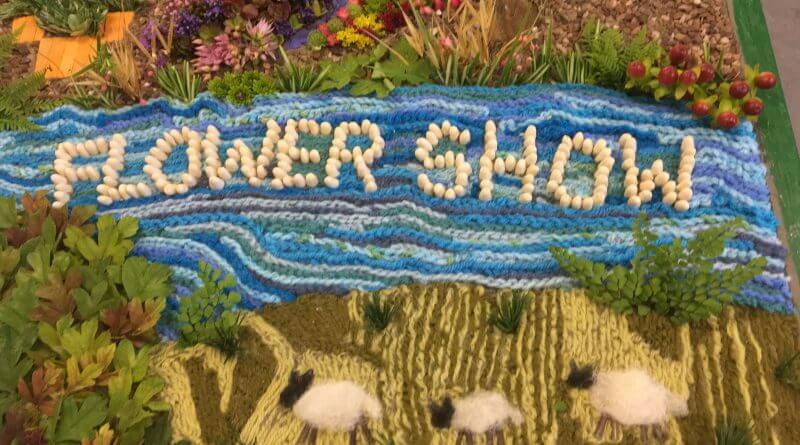 This weekend’s Well Dressings at the River Gardens provided a wonderful outdoor gallery of creative endeavour as people ambled down the path to the bandstand.

Belper School’s well dressing was made to celebrate the achievements of their students and featured a gold trophy, comedy and tragedy theatre masks, an artist’s palette and sports equipment to represent some of the subjects studied, awards achieved and competitions participated in.

The 1st Alton Manor Scout Group’s well dressing was based on the film “The Rescuers” and was hugely entertaining, looking like a still from a cartoon, with an owl, beavers and a crocodile lurking in the river.

Long Row Primary School’s theme was “Predators in Nature” and there were fine depictions of wildlife creatures: an otter, kingfisher, hedgehog and peregrine with chicks.

Belper Unitarian had the theme of “acceptance.” The well dressing, featuring cupped hands, was designed by Ola Wilson and Jan Barrett to reflect the multi-faith community of the chapel.

The Swiss Tearooms were shown in another dressing with figures in a boat called “Sky Lark.”

The Silk Mill was shown in another dressing and depicted the weeping window of poppies which was made to commemorate World War I (1914-1918).

Herbert Strutt Primary had a dove made out of daisies in a tree.

St. John’s C of E School’s well dressing was subtle and painterly with beautiful colours and used the 3 window arches from the school logo as a basis for what is to be a stained glass window design.

Belper Gardening Club depicted Chatsworth with gardens and had a partly woven background with sheep. The RHS (Royal Horticultural Society) was celebrated with colourful flowers.

Belper U3A (University of the 3rd Age)’s dressing had Elvis and some beautifully simple guitar designs.

The Girl Guides had a badge design for their well dressing to “celebrate the 30th anniversary of the creation of Rainbows, Girl Guides youngest section”, with a motto: look, learn, laugh, love.

Primarily well dressings are made with natural materials such as leaves, beans, peas, bark, twigs etc. They are temporary displays that benefit from being seen early before they lose their colours .

The dressing at Christ Church depicts Christ with others in a boat, telling the wind and sea to be calm.

Well dressing itself is a very old tradition. The first well dressing in Belper dates from 1838 when the Mill Lane well was dressed.