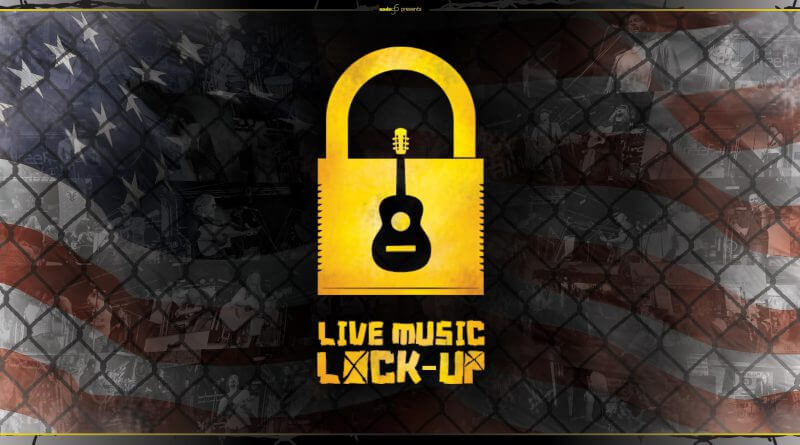 The Live Music Lock-up is a free live music night at The George and Dragon, Belper every Saturday night throughout 2017.

LOCKED IN: Hymn For Her 🇺🇸

Hymn for Her have been busy touring across the country and abroad over the past few years, injecting juiced-up backwoods country blues with a dose of desert rock psychedelia that has been described as “Hell’s Angels meets the Amish.”

Returning to the States after a 3 month UK/Euro tour this summer (2016), they immediately hit the road for fall & winter to promote, their August 12th US release, “Drive Til U Die” recorded partially in their Bambi Airstream and partially in studios with some great engineers/producers. (Vance Powell, Mitch Easter & Jim Diamond).

They recorded their 2nd album, “Hymn for Her Presents Lucy and Wayne and the Amairican Stream”, in their vintage 1961 Bambi Airstream trailer at locations stretching from Philadelphia to Malibu on a three-month tour.

For their 3rd release, “Hymn for Her Presents . . . Lucy and Wayne’s Smokin Flames”, the twosome kicked it into high gear. They traveled to Ghetto Recorders/Detroit to work with Jim Diamond. They recorded live & mixed 12 original songs in just one week.

Impressively, the two create their “ripsaw sounds” (Los Angeles Times’ Randy Lewis) with only a few instruments. Wayne (with the devilish voice), mainly playing the kick-drum, high-hat, acoustic guitar and harp, serves as the group’s rhythmic driving force. Lucy (of the fallen-angel voice) delivers a gritty squall on her “Lowebow” — a custom-made cigar-box guitar: “The Riff Monster.”

Catch this duo as they burn down the highway and tear up your town like a Wichita twister.

For more info please go to:

Marina moved to the UK from Russia around 12 months ago and joined Danny and The Rogues Embers playing violin.

Please check out their Facebook page for more info:

This really is an exciting Live Music Lock-up with special guest performers from USA, UK and Russia. It’s grown into an International Country night.

We’ve gone around and found some of the most exciting and talented live acts to lock in the George for you every weekend.

Please subscribe to our events and join our new Live Music Lock-up group to keep up-to-date with all the nights this year. This is also where we’ll be posting all the promo material for some of these amazing live acts. https://www.facebook.com/groups/LiveMusicLockUp/