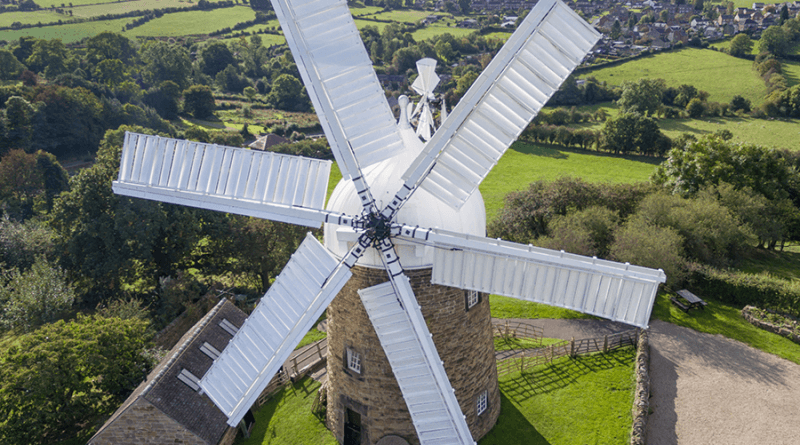 Heage windmill on Chesterfield Road has received its third ‘Certificate of Excellence’ from TripAdvisor.

TripAdvisor is one of the largest travel sites in the world, with more than 315 million members and over 500 million reviews and opinions of hotels, restaurants, attractions and other travel-related businesses.  Visitors are encouraged to report on their experiences and then award them up 5* ratings on their findings.

To date visitors have praised the mill for its location and knowledgeable guides. It currently stands at 4.5 out of 5 with a majority of the 112 reviews being described as ‘Excellent.’

In 2015 the windmill was delighted to receive its first TripAdvisor’s ‘Certificate of Excellence’ which is based on the number of independent 4 or 5 star ratings awarded. This was repeated in 2016 and they have recently learnt that the mill has again been awarded this highly desired accolade for 2017- three years in a row for an operation which is run and maintained entirely by a small team of dedicated volunteers.

Piers Bostock, chairman of Heage Windmill Society said “This Award, now having been received for three consecutive years, represents a huge tribute to all our volunteers’, but adding, ‘that we would just like to get a few more people to come along and join our happy team.”

Details on becoming a volunteer at the windmill can be obtained from Lynn Allen 01773 715177 or lynnallen13@hotmail.com

For more details and opening times follow the link here.