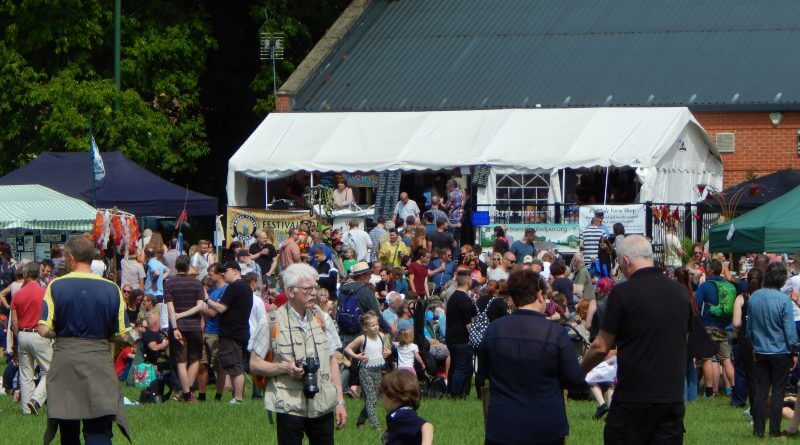 I have now led the Belper Goes Green teams through 5 years of planning, doing, tweaking, reviewing and making every effort to make our festival the best it can be.

The first in 2013 was hurriedly put together and was much smaller than the event it has become. It was chilled, peaceful and wonderfully enjoyable. Burn out followed in 2014 with insufficient volunteers feeling the stress of an expanded event. Still, it was another huge success. We vowed to widen the volunteer base of those doing the organising and working on site over the weekend. There were successes again coupled with steady growth in 2015 and 2016.

The growth has not been in leaps and bounds but has almost imperceptibly crept up on us. Volunteer numbers have gone up but the ultimate responsibility has largely landed on the shoulders of one person.

Responsibility for the festival needs to be devolved to a wider group and shared out. That could not  practically happen with me being part of that team. So, I take my leave of organising Belper Goes Green although I will assist the Transition Belper trustees in assembling the right team to organise the 2018 festival and beyond. I will also put together an operational manual so that newer members of the team do not feel the need to reinvent the wheel.

One thing is clear though – if a sufficiently committed core team cannot be gathered together then there will be no Belper Goes Green next year.

If you would like to be involved either email info@transitionbelper.org or come to the next Go Green cafe at No 28, Belper Market Place on Saturday 24th June between 10 am and 1pm.

All that is left for me now is to thank everyone who has helped Belper Goes Green especially as we have grown:

It is a long list that, apart from showing gratitude, demonstrates the huge range of people and organisations involved in putting on one of the best weekends to be had in Derbyshire.

Now, I’m told, my only other job is to set the dates for next year. Well, someone has to order the weather!