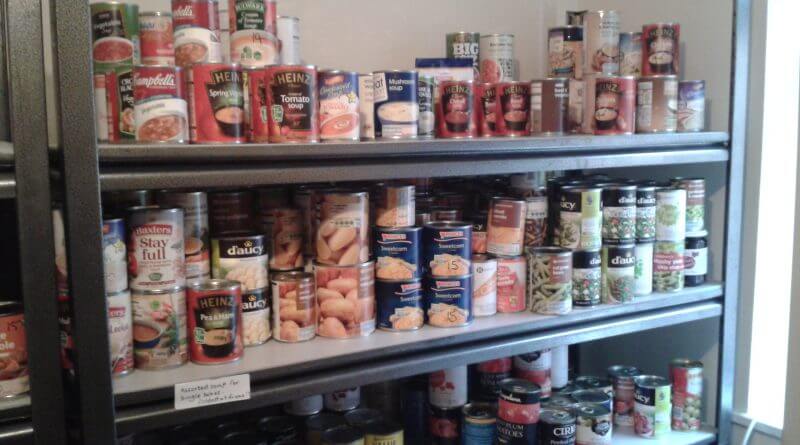 I can’t believe it’s been 8 years since Hope for Belper launched its foodbank ‘The Basic Idea.’

At the time there was no reliable data available to support the need for such a venture, but the effects of the financial crash were becoming evident, and even in an ostensibly well-heeled town such as Belper, stories were emerging of neighbours losing jobs and getting in to debt and other financial crisis.

Over the intervening years, the official number of food banks (supplied by the Trustle Trust network) increased apace from a few dozen to several hundred by around 2010; despite being alarming, this number only ever told a part of the story, as many providers were independent of Trustle – in fact some commentators suggested that the number was probably double.

Just a few days ago, the Independent Food Aid Network (Ifan) found that there were now in excess of 2000 foodbanks operating across the UK – whether we like it or not in most towns and cities across our nation, foodbanks are a simple fact of life; the norm not the exception.

The numbers of referrals to The Basic Idea whilst having increased year by year, are still relatively few and as such we still deliver rather than have an open foodbank location in the town. Just to give you a sense of scale, during 2016 we received 347 referrals from 14 separate agencies. The number of distinct families and individuals we helped was 153 with a very small number of families and individuals receiving repeated help over the period and with others being referred multiple times over shorter periods.

Most frequent reason for requiring help is benefit delay accounting for 22% of referrals – this increases to 30% for all benefit related referrals last year. Debt accounts for a further 20% with the next biggest being 19% of referrals due to families struggling on low incomes.

Our experience is telling us that as much as half of the foodbank use in Belper and the surrounding villages could be avoided by a fairer and more functional welfare system, as well as the eradication of the tyranny of low pay that does not afford even the most frugal of families the ability to pay the bills, and feed and clothe themselves, never mind having a little left over with which to make the most basic of choices.

The Basic Idea foodbank will be required for as long as unjust structures in society are the accepted bi-product of social and economic policy in this country. Each political party has set out its policies and the 8th June is your time to decide what kind of communities you want to live in.

2 thoughts on “Election Special: Eight Years Of The Belper Foodbank”