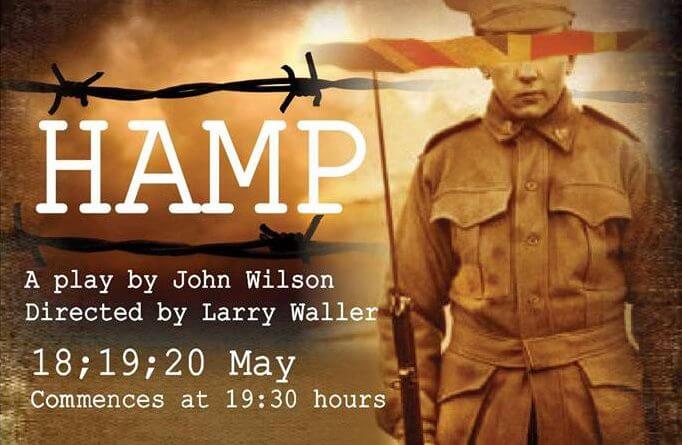 I walked out of Hamp with only my waterproof mascara intact.

This play, performed this way, will affect you.  And it should.

Strutts is a space that most of us know and it’s not the kind of space that seems conducive to a play, but the staging is fantastic and transforms the space and transports you into a different place.

The sound was good, the lighting less so. The tactics for transitioning from one scene to another were seriously excellent and I have never seen another amateur play that transitions so superbly.

This script could have been interpretted very dryly but it wasn’t.  This is the most moving interpretation of a play that I have seen in years.

This play, about the court martial of a deserter, raises a conversation about mental health in wartime, long before the phrase was ever used.  It enlightens viewers to the harsh emotional reality of war.

There were a couple of amateur performances but they weren’t dominant and the main players were exceptional.  Josh Sly in the title role was supremely empathetic, winsome and devastating.   The Lieutenant and the defending officer worked with Josh Sly to form a wholly believable reality.

This is exceptional local theatre.  It goes deep and makes the viewer consider all the issues beyond nationalism and duty that are relevant to this horrific incident that happened so commonly during WW1.

Hamp has one performance left at 7:30pm tonight at Strutts Community Centre.  Go through the main door and turn left.  You can get tickets from Oxfam or buy them on the door for £9.  Do go.  It is seriously worth it. Give it a full house because it really does deserve it.

Hamp was written by John Wilson and directed by Larry Waller.