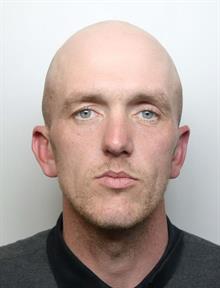 A man from Kilburn has been jailed for 20 weeks after pleading guilty to a number of thefts in the Amber Valley and Derby area.

Christopher James Lees, 35, of Chapel Street, Kilburn, appeared at Derby Magistrates Court on Friday, April 21 charged with stealing fuel from petrol stations in Swanwick, Derby and Eggington, shoplifting from stores in Denby, Ripley and Derby, and failing to appear at court and answer police bail.

The offences all took place between Saturday, February 25 and Wednesday, March 29.

He also faced one charge of going equipped to steal after he was stopped by police in Nottingham on Sunday, March 12.

He was also sentenced to serve four weeks concurrently for each of the other charges.