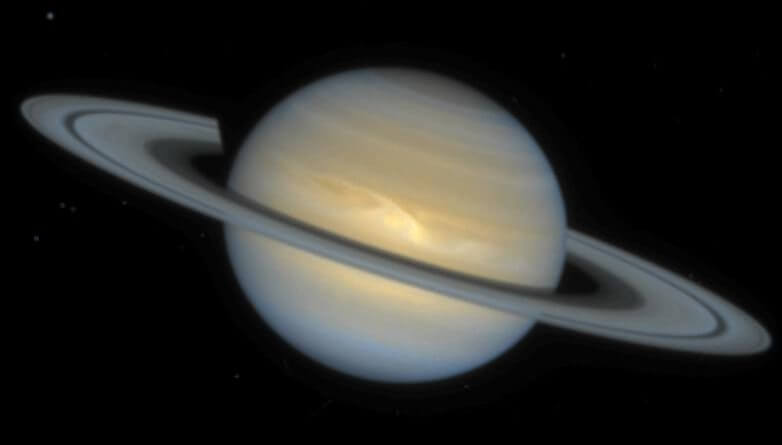 In May’s night sky Jupiter is resplendent. Saturn’s ring system is easily seen through a small telescope. Venus shines in the morning twilight. Binoculars may reveal Comet Johnson – best viewed later on in the month. (All times are in BST).

The 22nd – 31st of May are good nights to try and spot Comet 2015 V2 (Johnson). The comet is travelling through the constellation of Bootes, approaching the bright star Arcturus. You will need binoculars or a telescope to see it. Comets can be a bit of a challenge – but well worth it when you spot one. It won’t be spectacular though – expect to see a small fuzzy blob. There is a good star map here: British Astronomical Association.

Note the dates of the 27th of May and the 3rd of June when the comet is close to the stars Izar and Arcturus in Bootes.

Venus is now a morning object. It is still very bright, low in the sky, and rises in the east in the morning twilight. Venus will climb higher in the sky as the month progresses. On the 22nd of May look out for Venus and a thin crescent Moon in the same region of the sky. The Moon appearing above and to the left of Venus. Look to the east, just before sunrise.

Jupiter is resplendent in the south. It is best seen from 10.00pm onwards when it is higher in the sky. This is a good month to observe the famous Great Red Spot (a storm system that rotates around Jupiter’s atmosphere).

You will need a telescope to see the Great Red Spot. However, it may be difficult to see (though not impossible) with anything under a 90mm objective lens.

The Great Red Spot will be on the central meridian of the planet at these times (note times are in BST):

On the 7th of May look out for the Moon, close and above Jupiter.

On the 11th of May, going into the early hours of the 12th of May, it will be possible to see the Galilean moon, Europa, in transit over the planet Jupiter. This means that Europa’s shadow can be seen moving over Jupiter’s atmosphere. The transit starts at 23.05pm and ends around 3.04am. If you are lucky you may also see a double transit, as the moon, Io, is also in transit from 2.58am.

On the 15th of May, Jupiter’s Galilean Moons are lined up on one side of the planet – you will need a telescope to see all four of them clearly. Without a telescope it may be possible see them with a good pair of binoculars – 8 x 40s, 10x 50s could do the job.

Saturn is getting a bit of publicity at the moment. NASA’s Cassini spacecraft has reached the end of its mission and will spend its last 22 orbits collecting data on Saturn’s ring system. Cassini’s final orbit will end with a crash-dive into Saturn’s atmosphere. See the link here: Cassini’s Grand Finale.

For Earthbound observers Saturn’s rings are now at their most open. At the moment Saturn starts its rise at around 11.30 pm in the south east. Towards the end of May it will rise around 9.30pm. Look to the left of the red star Antares and find Saturn shining steadily in the constellation of Sagittarius. Saturn and its ring system will be easier to see in the early hours of morning  (a couple of hours before dawn) when the planet is higher in the sky. Even a small telescope will reveal Saturn’s rings.

Mars is now lost in the early evening twilight.  We will not see it again until next year.

The International Space Station can be seen in the early hours of the morning in a time-slot  between 2.20am and 4.20am.  On some mornings it will appear twice, separated by about 95 minutes. Its fly-past generally takes between 2 – 6 minutes. Check Spot the Station for the exact times of its appearance and trajectory.

One thought on “Space Is The Place: Viewing The Night Sky Over Belper, May 2017”