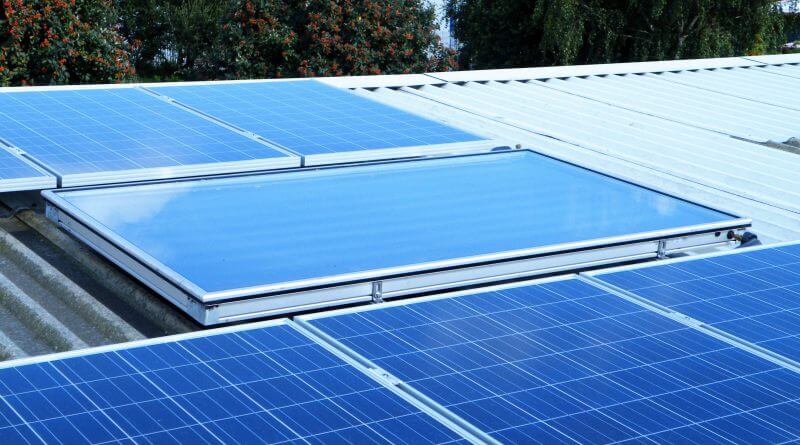 So it’s all very well to criticise fracking, but what are the alternatives?

If we are to progress to a low-carbon economy and be part of a low-carbon society, what are the practical measures that we need to take?

We can come at the problem in two basic ways. We can reduce our energy consumption, and we can increase the proportion of energy generated from renewable and low carbon sources.

Society needs a certain amount of energy, and few of us want to reduce our standards of living. We want to heat our homes and have convenient transport, but on the other hand we want to pay less for these things. The question is, ‘can we do more with less?’

Many houses still lack the recommended depth of loft insulation, have uninsulated wall cavities and are very draughty. Some also have chimneys which are no longer used for heating, but let large amounts of cold air into the building. Many industrial buildings also lack good insulation and control of drafts. If dealing with these issues was made a national priority, very significant amounts of energy could be saved. Further improvements in industry can also be delivered by the upgrade of obsolete and inefficient equipment and processes, and in some businesses the savings can be spectacular.

Can we generate our own energy?

There are also huge opportunities to generate our own energy, either as individuals or as communities. Renewables now generate a significant proportion of our energy. As I’m typing this, the web site http://www.gridwatch.templar.co.uk/ shows UK electricity demand to be 36 gigawatts (GW), with wind contributing 4.8 and PV 4.9GW; about 27% of our energy is coming from very sustainable sources. Of course these quantities change from hour to hour and season to season, but in general, the proportion of renewable energy is increasing year on year.

Over the last few years it has been possible to track the decarbonisation of UK electricity supply, and in particular the demise of coal generation on the Gridwatch web site. Coal used to produce the lion’s share of our electricity, but this afternoon it’s generating just 0.4GW or 1.16% of our total consumption. Last summer, much of the time, coal fired plants were not generating at all, and there have already been days this year where coal has been down to zero some of the time.

We measure the contribution to climate change from greenhouse gas emissions by relating the amount of something we produce, to the quantity of carbon dioxide emission that would give rise to the same global warming potential. We call this an emissions factor. In this way, we can present a single figure expressed as ‘kilograms of carbon dioxide equivalent per unit of production’ to express the global warming potential, even if the activity releases greenhouse gasses other than carbon dioxide, such as methane or nitrous oxide. In the energy industry it is normal to express emissions factors as kilograms carbon dioxide equivalent per kilowatt hour of energy produced, frequently written as kg CO2e per kWh.

The switch away from coal has helped to decarbonise the grid. In 2014 the production of a kilowatt hour (kWh) of electricity caused the emission of 0.494 kg CO2e per kWh, but in 2016 this had fallen to 0.412, a cut of nearly 17%. Encouraging though this is, we have a national commitment to reduce greenhouse gas emissions by 80% by 2050, and this sharp decrease is unlikely to be repeated many years running, because the substitution of coal with gas is the substitution of one fossil fuel with another, albeit a less carbon intensive one. In itself then, this cut can only be a small contribution to meeting national targets, not the end of a process.

So what are the alternatives?

Traditional nuclear power, nuclear fission is an established technology, and Rolls Royce have expertise in this here in the UK. As nuclear weapons proliferation, nuclear waste accumulation, the 1957 Windscale fire, Three Mile Island, Chernobyl and Fukushima indicate though, this technology is not without risks and vices. My personal view is that we would be fools to lose the skills to use nuclear fission, but significantly upscaling it, and agreeing to pay absurd prices for a lot of nuclear electricity over decades to come, as we have for Hinkley Point C, strikes me as a huge own goal that the public will have to pay for.

Nuclear fusion, a quite different technology, has proved very elusive, but a lot of progress has been made. Ten years ago, a nuclear physicist friend of mine said that if we gave them 10 billion dollars and ten years, then we should at least get a prototype power station. I think they got the money, but we’re still waiting for a practical power station. Maybe this is something that we shouldn’t give up on, but post Brexit, leaving Euratom will also pull us out of the fusion research and development process that we’ve been part of for decades; another setback.

It’s tempting to think that all we need to do to fix this is install a lot more PV, wind turbines and hydro sites, but sadly there are problems with this too. The planning process has been made much more difficult for onshore wind, there is a lack of good hydro sites, and what to do when the sun doesn’t shine and the wind doesn’t blow?

We also have to deal with the lack of adaptability of the national grid when used to distribute renewable energy which is generated across the country, rather than at a relatively small number of centralised power stations. Too much self generation can cause local voltage increases, particularly on sunny days when large numbers of PV systems start to export significant amounts of power. Local voltage can get so high that renewable generators shut down, missing some of the best generation opportunities in summer. We already occasionally see this in some parts of Derbyshire.

One solution is to store electrical energy. This has been done quite efficiently by pumping water from low to high level reservoirs, then extracting energy as it flows back. Google ‘Dinorwig Power Station’ to see an example. Unfortunately though, there are very few sites in the UK where such developments would be acceptable, so there will be few future opportunities for this type of scheme.

Another approach is the use of batteries to store energy, so that for example a battery might be charged when the sun shines, or when electricity is cheap in the middle of the night. The stored energy would then be used at times of peak demand on the grid, when electricity is most expensive. We’ve tested quite a few of these systems, and as yet we don’t think that they offer either net financial or environmental benefits, at least on a domestic scale. Battery technology is improving however, so this may change over the next few years, addressing the issues of providing some energy when renewables aren’t generating, taking load off the grid when renewables are generating a lot of energy, and helping generators to meet demand at times of peak consumption.

I believe the best approach to developing a sustainable energy supply in the UK is for us to continue to add renewables to the grid, and to be prepared to adopt energy storage systems only when environmental and financial benefits can be independently verified.

So far we have primarily addressed electricity production, but what about heat?

Electricity is a notoriously expensive way of heating using ordinary electric fires. The best approach here is likely to be the use of heat pumps. A heat pump is rather like a fridge run backwards. The insulated walls of your house act a bit like the insulated sides of a fridge. The heat pump in a fridge pumps heat out of the fridge, so the inside is cooled. Where heat pumps are used for heating, the heat pump is run the other way, so the temperature inside your house is increased.

It is also possible to use solar energy directly to heat domestic hot water. These systems are a more efficient way of making hot water than using for example PV and immersion heaters, though less flexible in that thermal energy is the only possible output.

It is also possible to burn wood, though this is attracting increasing and valid criticism because of the pollution it generally produces. Burning wood does not release fossil carbon, so if the fuel is sustainably sourced, it can represent a low carbon means of heating. Particularly if you have access to free scrap wood, it can be a low cost option too. It seems likely that the widespread uptake of wood fired heating in urban areas would cause some damage to health though, so while occasional clean wood heat systems in urban areas may be acceptable, heat pumps are perhaps the best way forward in these districts, with wood heat being a better option in rural areas where the population density is lower. Wood fired power stations have attracted criticism for burning wood from unsustainable sources, not sourcing the wood locally, and their polluting emissions.

Despite reductions in the Feed in Tariff (FiT) over time, the payback time for PV projects typically remains in the eight to twelve year range because the cost of the equipment has fallen dramatically, and whatever FiT rate is awarded when a PV system is installed remains payable for 20 years with adjustment for inflation. Reductions in the FiT rate then only affect new systems, which will be cheaper anyway as improved PV production techniques allow prices to fall. As time goes by then, the cost of generating energy and reducing carbon emissions with PV continues to fall.

In addition to PV, solar thermal is worth considering if you use a lot of hot water, and wood fired heating might also be considered, but heat pumps are likely to be more practical in urban areas.

Think about these options not only for your homes, but also for places of work and worship. Don’t forget though that cutting energy consumption by insulation and careful use of energy must also be part of the changes we make, if we want to avoid the use of fracked gas and other forms of energy which expose us to the risk of significant environmental damage.