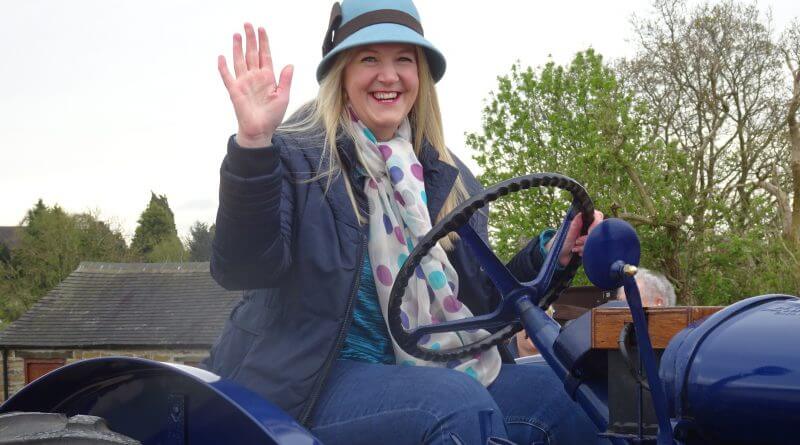 As guest of honour she drove to the mill on a vintage Fordson Tractor, provided by John Allsop of Belper.

On arrival she was welcomed by Piers Bostock, chair of the Windmill Trust, and when opening the mill Aleena said she felt very moved to see the Derbyshire flag flying at half mast as a tribute to the late Andy Potter, who opened and the mill in 2014 and was a staunch supporter of the project.

She then, helped by her daughter Unity, cut a ribbon and wished the mill well for the new season. Angela Ward, chair of the Friends of Heage windmill, thanked Aleena and made an impassioned appeal for more volunteers to help at the mill.

Following a presentation of flowers to Aleena, and a lovely cuddly white rabbit to Unity, they toured the mill, guided around by Danny Ashley.

On a cool but largely sunny day, a significant number of visitors attended the event, which saw newly milled stone ground flour available for the first time this year.