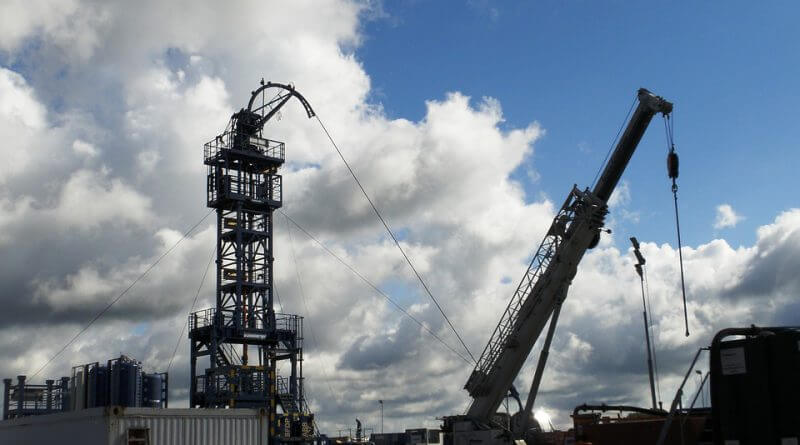 Like the chameleons of the newspaper industry the above articles appear to be genuine (with the exception of the last one) and each example is presented as a solid click-worthy piece of content for the average reader; however, if you lift up the hood you’ll see that they are all sponsored features or ‘paid content’ produced by companies who are trying to promote their services or goods.

The old adage, ‘If it sounds too good to be true, it probably is’ rings true here. Choosing a different detergent over another may not be the end of the world, but the stakes are certainly raised if you select a new car or house based on misleading information you find in a newspaper. What about when it comes to drilling in your own back yard? How easily could your opinion be swayed by an eight-page spread paid for by a shale gas company on the countless merits of fracking in Derbyshire?

As Nailed starts a month of articles on fracking we will begin by looking at the booming practise of sponsored content and ask how ethically sound it is for newspapers to get into bed with big (and small) business.

Sponsored content, native advertising or ‘advertorials’ as they are sometimes known are presented to look like articles that might appear in a news publication, however they often stray far from the objective position you would expect from a credible news source.

In the age of fake news, click bait and sponsored online reviews it’s worth noting that the practice of paying for content is nothing new; in fact, it’s almost as old as the publishing industry itself and dates back as far as 1917. Over the past decade, with advertising revenues and subscriptions in freefall, news outlets have seen a huge acceleration of the practise in an effort of bolster income.

In the UK, paid content in all its various shapes and sizes should be clearly marked as such. The advertising Standards Authority (ASA), the UK’s independent advertising regulator, is responsible for making sure that sponsored advertising is clearly identifiable and not misleading to customers.

INEOS: ‘Fracking: What Everyone Should Know’

INEOS, who ran an eight page advertising feature in the Belper News (25th of January 2017 ) entitled ‘Fracking: What Everyone Should Know’ and a follow-up of the same content in the Derbyshire Times (2nd February 2017), are a worldwide manufacturer of chemical and oil products with a large shale gas division. 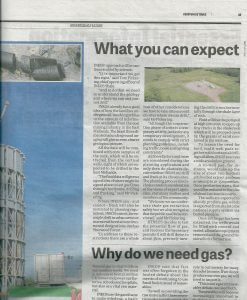 The fundamental question raised is: how easily can a reader distinguish between an adverting feature (or a group of sponsored articles) and the rest of the publication, particularly when the formatting and images are identically presented? It is cause for concern and, though some advertising features can be interesting, there have been controversial examples of failure, such as the Atlantic’s much maligned and mocked piece of propaganda on Scientology’s milestone year.

Whether separated by a frankly minuscule break at the top of each page or not, the way we are conditioned to read the news is from a position of trust in the provider. Whilst readers are shrewder than ever when it comes to how they receive content, it is still surprisingly easy to be deceived when a sponsored story pops up in the middle of a site or printed publication.

At the beginning of January, shortly before the INEOS feature was published, permission was granted by Derbyshire County Council for INEOS to begin exploratory drilling in the north of the region. Opposition against the proposed fracking was fierce and it quickly mobilised to get a petition signed by 70,000 people.

INEOS were certainly not the flavour of the month and their communications department had an uphill battle to change the hearts and minds of residents who were wary of fracking taking place in the Amber Valley. It must have seemed like the perfect solution to turn to Johnson’s Press for an advertising feature. As their marketing division states:

“ Our professional journalists can write an article on behalf of your business. We ensure it encapsulates your business objectives, but with our flair for words and sense for a good story to make sure it’s an interesting read for your potential customers. Ultimately, it’s a great way to reach people genuinely interested in what you have to offer.”

Advertorials, then, guarantee that a company can have its story printed, with careful targeting of where and when it happens. After all, the company is paying for the service.

But is that unethical?

That’s debatable. But what should readers should expect from their newspaper? Should they expect the publication to be impartial on a sensitive environmental issue like fracking, or would they rather it remained a sustainable, profitable news source – at the expense of its own integrity?

How autonomous can a publication remain if it’s in collusion with businesses, whose motivations are led  by expanding their own profits and increasing their reach? When the division between editorial integrity and business blur, the reader loses both trust in the publication and in news sources in general.

All are valid questions, and with sponsored content being used increasingly by both bloggers and publishing outlets alike, it seems the issue will not be going away anytime soon.

In an effort to balance the information presented in the INEOS advertorials, Nailed will be running a month of articles discussing the contentious issue of shale gas extraction. Keep checking back each week for updates.

One thought on “Advertising Features Or: How I Learned To Stop Worrying And Love Fracking”