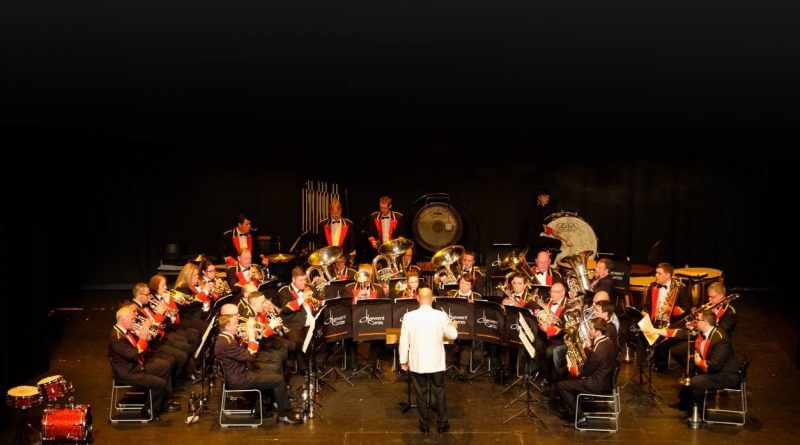 The first grant of £500 was given to Derwent Brass. Derwent Brass is a Championship Section brass band based in Belper and represents the town and Derbyshire in competitions and concerts across the UK. Since their formation in 1992 the band has climbed the ladder of the brass band world rankings and as of January 2017 were 53rd best in the world, 4th best in the Midlands and for several years have been 1st in the county.

To celebrate their 25th anniversary they have commissioned new musical works to reflect the Band’s history which can be traced back to the 19th century. The grant goes toward the cost of commissioning this music which will be performed at event(s) in Belper later in the year.

Chris Leonard, Band Manager, said: “Derwent Brass is a successful band with a rich heritage and it is wonderful to be able to celebrate our Silver Anniversary with a series of new commissions which reflect this from an array of recognised brass composers.”

“Since finding our home in Belper some years ago the band has continued to go from strength to strength and the continued support of the Town Council in realising our ambitions is very much appreciated by all our members, supporters and concert-goers.” Chris Leonard, Band Manager)

The first piece entitled ‘PULSE’ written by Matt Eden (the current Young Composer in Residence for the world famous Black Dyke Band) will be premiered at the Landau Forte Theatre, Fox St., Derby on April 8th 2017. For more about Derwent Brass visit www.derwentbrass.com

Secondly, £1000 was given to the Belper and District Scouts 2017 Contingent.

The grant will help fund 14 Scouts (11 from Belper) and 3 Leaders trip to America. The three week trip will see the group spend the first week at a camp run by the Boy Scouting of America, the second with a host family and the final week will be spent in San Francisco.

The two girls and twelve boys all aged between 14 and 16 have part paid for the trip and raised the rest of the cost by fund raising.