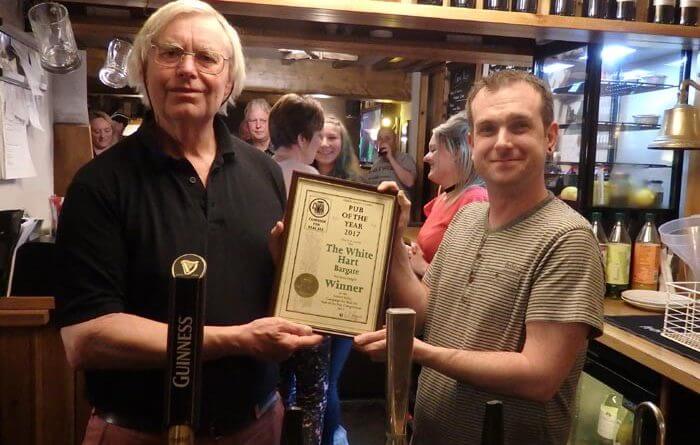 A judging process which started back in November 2016 saw members of Amber Valley CAMRA nominate up to 5 of their favourite watering holes.

The shortlist of 8 pubs with the most nominations were visited by volunteer judges during the months of December and January and judged on CAMRA core principles. The outstanding winner this year was the White Hart, Bargate who picked up the title for the first time.

The presentation was made to Sean and team on Monday 13th March by Amber Valley CAMRA Chairman, Chris Rogers. The White Hart was commended for its choice of well-kept beers, friendly and knowledgeable staff complemented with a clean and stylish decor. 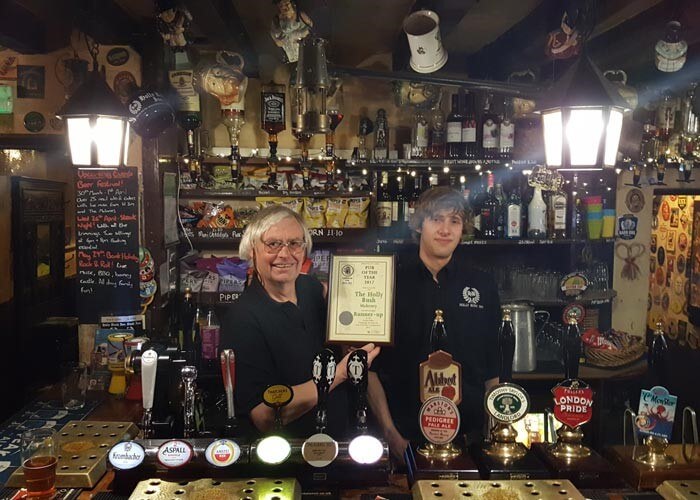 Pub of the Year winner in 2015 and runner up in the 2014 and 2016 competitions, the Holly Bush at Makeney were again awarded a certificate for second place.  This is no mean feat in itself considering the branch area has over a hundred pubs serving real ale to choose from.  The standout characteristic that was scored by the judges was the welcoming atmosphere and surroundings, brought on by the charm of the building and the roaring fires no doubt. The beer choice is pretty good too.

East Midlands Pub of the Year

Following on from their recent award of Derbyshire South Pub Of The Year, Amber Valley CAMRA’s 2016 Pub of the Year, the Old Oak at Horsley Woodhouse, has now won East Midlands Pub Of The Year.  They now progress to the next round of judging, competing for one of the four super-regional crowns. Congratulations to Tracey and her team for winning another award and being the first Amber Valley pub to get past the County and Regional judging stages. We wish them the best of luck in the next round.