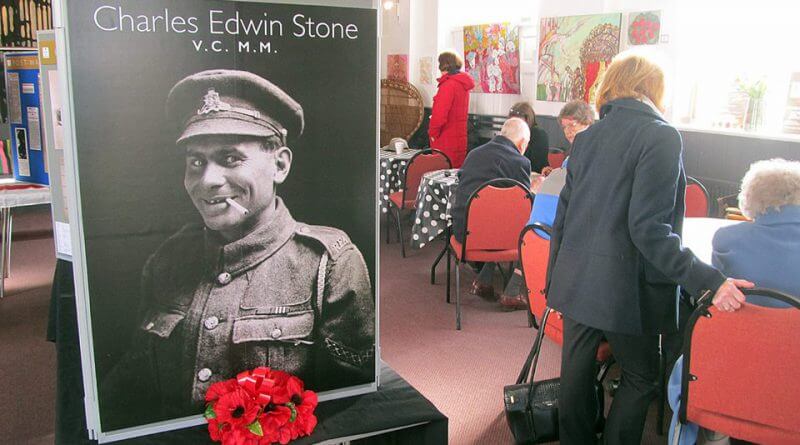 A proposed change of name for Whitemoor Park in Belper is being considered by Amber Valley Borough Council to recognise the 100th anniversary of a local war hero being awarded the Victoria Cross.

Charles Edwin Stone was honoured for bravery in battle during the First World War, in 1918.

The park would be renamed ‘The Charles Stone VC Memorial Park’, as a fitting and long-term memorial to the bravery and dedication of the local hero.

On what would have been Charles Edwin Stone’s birthday, a recent exhibition of featuring portraits, unseen photographs, newspaper articles and replicas of the Victoria Cross and the Military Medal (which he was awarded exactly one hundred years ago on 4th February 1917) took place at Number 28.

The Council would therefore like to hear the views of local residents and organisations about the proposal by 28 April 2017. This can be done via the email address: enquiry@ambervalley.gov.uk, or via The Town Hall, Ripley, Derbyshire, DE5 3BT.

Commenting on the proposals, Councillor Chris Short, Cabinet Member for Environment stated: “I personally feel that re-naming the park on Whitemoor Lane in Belper would be a fitting tribute to one of Amber Valley’s great military heroes, and in time of the centenary of Charles Stone’s Victoria Cross honour. However, we would like to hear the views of local people about this proposal before a decision is made.”