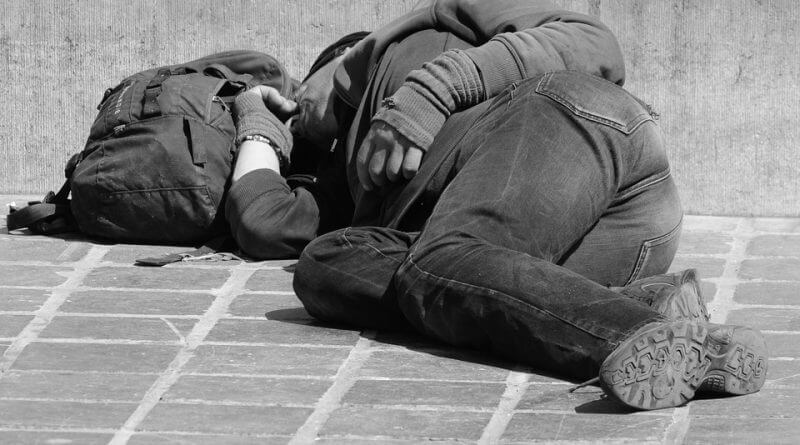 Many of us have been hearing rumours that there are individuals sleeping rough in the town and last Saturday I was given the opportunity to meet a group of four who are homeless.

I met them at the Transition Belper café which is a monthly event at No.28 on Market Head. Their ages ranged from 32 to 40. One had found temporary accommodation in the Belper hostel for the homeless, one was sofa surfing (but worried that if the landlord discovered him then the person providing shelter could lose their tenancy) and the other two were sleeping out at night.

One of them, against impossible odds, was even trying to hold down a job when they had no home base. Four people, four different stories of ever increasing challenges which ultimately led them to not just homelessness and severe deprivation, but to a point in their lives where there is no hope.

No that’s not quite correct as they did speak of how things could be better; the vague chance of progressing up the housing list so that you can once again be reunited with your child; or if you can get to grips with your underlying behavioural issues caused by drink, drugs or whatever then perhaps you might be offered a place at a hostel….or…or…or…you cling to straws because without hope you have nothing.

The young women in the group summed it up when she said: “whichever way I turn I come up against a brick wall but one day I will have enough points to get a home.”

They spoke of others who were homeless in the town, a 55 year old man with a crutch who was sleeping rough and also a couple whose only option as they saw it was to live in a tent. The total number outside at night would seem to peak at 5 – yes that’s right – 5 people sleeping rough in Belper. I had found it difficult to accept the rumours that there was just one person sleeping rough, but 5 is an absurd number.

If we add on the precarious sofa-surfers (my informant knew of another 6 individuals in the same boat as him) and then add on the 12 staying at the hostel the total of homeless in the town is 24 individuals and those are just the ones we are aware of. 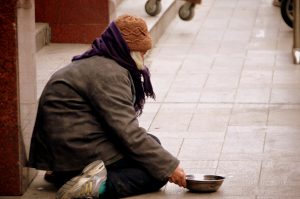 The person from Transition Belper who introduced me to the four at the café later took me to the hostel to talk with the staff there. I had noticed mention of the hostel as a point of referral to the Belper food bank.

I had a long and very interesting discussion with the staff who run the hostel and they impressed me with the obvious warmth they felt for those in their care. As you might expect they could not go into details about any one individual, but I heard enough to gain an impression of a well-run facility providing shelter and support in a warm and welcoming environment.

The hostel is part of a chain run by an organisation named Riverside and on Monday I telephoned the manager of the hostel, who told me about Riverside’s work and their involvement with the homeless. They run a group of hostels, in our area centred around Derby. We discussed the difficulties of providing care against an ever decreasing level of funding (once again – government cuts) so support services and expertise for alcohol and drug dependency have been cut at Belper. I can understand the frustration felt by these professionals as it is obvious that for them this is a vocation. Those in need of specialist help are now referred to Derby,  but if you are a troubled homeless person the only thing that you can cling onto is friendship with those in the same situation as yourself. By going to Derby you are cut off from this most important of support networks. It doesn’t take much imagination to understand the importance of a social network when you are homeless.

The hostel manager put me onto the AVBC officer whose remit includes care for the homeless, so I telephoned him as well. Once again I was impressed with the level of commitment and the obvious effort made to ensure the wellbeing of the homeless in the borough. The officer knew the individual cases of each of the homeless that I had met and he was most meticulous in questioning me to see if there was any instance of homelessness that had escaped his notice. He informed me that those that slept rough would be unlikely to reach old age; the combination of health problems associated with exposure, the difficulties of personal hygiene and an impoverished diet taking years off a lifespan. It was rare to find a rough sleeper over the age of 50. He also said that, and here I can quote directly: “there are more reports of rough sleeping now in Belper than I have encountered in the last 10 years.” Normally there would be none. I asked him why this should be and he said that the homeless in Belper all had a connection with the town and he echoed the view of the hostel staff that the situation had been made worse by government cuts. We spoke of this website: Homeless Link and I urge you to visit the site for the bigger picture.

A next day correction

After writing this post I sat down in my comfortable armchair, ate my dinner in my warm kitchen, relaxed for a few hours with television and then a good book before going to bed. Glancing out of the bedroom window I could see that it was snowing. I lay awake thinking about what I had written.

Did I give the impression that homelessness was the result of drink and drug addiction? The AVBC housing officer had said that there were many complex reasons why people ended up homeless; each person being a unique case. If there are common threads running through individual circumstances it has to be that they have difficulty finding somewhere to live, consistently paying rent when they do find somewhere and then holding onto that home. With housing in short supply, landlords will choose tenants who will pay the rent and pose fewer problems. It is not as simple as just building more homes and the problem of homelessness will go away, but it would be a good place to start.

6 thoughts on “Rough Sleeping In Belper: An Increase In Homelessness?”