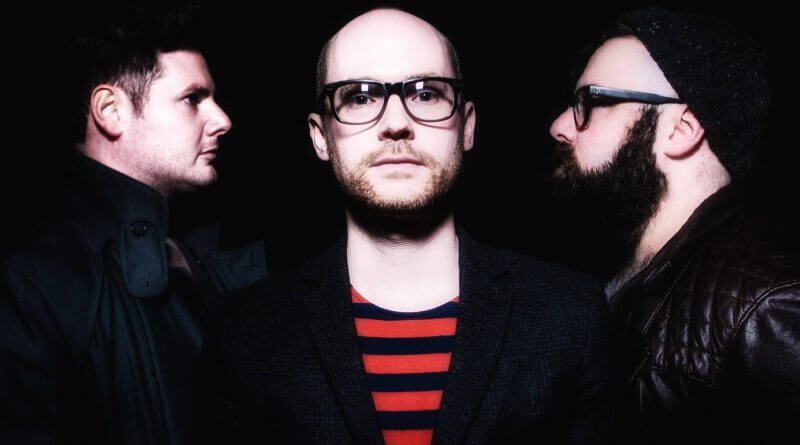 After being put through the wringer of the music industry once or twice, bandmates Peter Backler, James Dowse and Barrington Mole show their grit and determination by striking out again with new band The Further. We interview Peter as the band launch their new video for second single ‘The Other Side Of the Valley.’

Filmed in Trondheim by Norwegian André Hope, the video for The Further’s second single is a mighty spectacle of nature and Nordic tranquillity. The stunning, drone captured video is crisply cold and spacious, not unlike the slow arpeggios of clean guitar that make up the backbone of The Further’s new track. Recorded and produced by Barrington Mole at Belper’s Sound-Hub Studios, the track is available to download now.

Nailed: Firstly, tell us a bit about how you got together?

Myself and Barrington were friends at school and we set up our first band back in 1996, a Brit Pop influenced trio called Miller – we sounded like a cross between Ash and The Bluetones. James joined our next band, Ejectorseat, some years later. That band was our “let’s make it big” band and we spent a huge amount of time together playing shows and travelling the country in our battered old van, we signed a deal with Taste Media and had some amazing experiences together. We all became friends through our love of music and have remained friends ever since, I think that’s how The Further came about really – just three mates still wanting to make a noise together.

Nailed: André Hope’s video has a real Nordic Noir feel to it, can you tell us how it came about?

I played my demo of ‘The Other Side Of The Valley’ to the lads back in November and we knew we had to put it out as a Christmas release. We wanted a video to match the emotion of the song and came across Andre’s footage. The scenery and the way Andre has filmed the beautiful wintertime landscapes just fit perfectly with the song, it seemed to mirror the feeling of longing that I wanted to convey with the words. We were so pleased when he allowed us to use his footage for the video. It’s so fantastic when artists can come together and compliment each other’s work so perfectly. As Storge music put it, “the visuals mirror the openness of the track, bringing the majesty of natural space to the vast and uncertain space of as-yet-unrequited emotion.”

Nailed: Belper, for such a small town, has an impressive live music scene. Have you seen much of it, what acts stand out for you?

Belper has been a hotbed of singer/songwriter talent for some time now and there are numerous open mic evenings, gigs and events throughout the year to showcase some amazing artists. We’re playing a show as part of Belper Arts Festival in April alongside some great bands and solo performers, Sunflower Thieves, Chris Butler and Crimewolf are just a few of the artists we’ll be sharing a stage with at Kunst Art Gallery, where a good friend of ours puts on some amazing shows in ‘The Unstables Bar’ around the back of the gallery.

Nailed: Guitar music is as big as ever on the live circuit, but that popularity isn’t represented in the charts. Do you think that charts still matter in the digital age?

I think the music charts became pretty much irrelevant the day the BBC axed Top Of The Pops. That was always the go to show for your fix of what was happening in music and was such an iconic programme, it was always every bands dream to be miming along to your hit single while the studio audience danced over enthusiastically to your music. I guess people consume their music very differently now, streaming has become the method of choice and people can find what they want to listen to at the click of a search engine, they don’t need the TV or radio to tell them what they should be listening to, it’s all there to be discovered online. Having said that, I am going to treat myself to a record player soon, so I’m not going to be totally modern…or am I?

Nailed: What are your plans for the future, live gigs? Have you started on an album?

Our only plan for The Further is to continue enjoying what we do, no pressure and no game plan. Things seem to work out better that way. “The Other Side Of The Valley” wasn’t planned and turned out to be a real success, I think that’s a more satisfying way to work – it keeps things interesting and when things work out, it’s more of a surprise. We are hoping to put an album together over the next year and will play a handful of shows I’m sure – but as long as we’re still enjoying making our noise, that’s all that matters to us.

You can stream the music video for The Other Side of the Valley here: https://www.youtube.com/watch?v=TxjRTd2Vkks

Or download The Other Side of the Valley single: https://soundcloud.com/thefurtheruk/the-further-the-other-side-of-the-valley