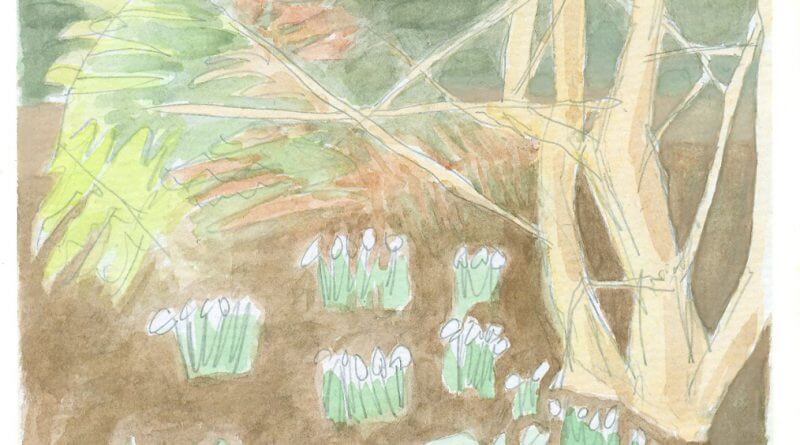 The snowdrops are flowering and the green shoots of bluebells are up and even the odd daffodil is forming buds. The aubretia stayed green all winter.

The weather seems to have been stuck in autumn (apart from a few very cold & frosty days & nights) with lots of mist, fog and rain.

In 2016 the increase in global temperatures compared to pre-industrial levels was 0.94 degrees Celsius, the highest yet. Remember 2 degrees Celsius is the maximum agreed at the Paris Climate summit in 2016.

Anyway, Spring is in the air. I saw black-beaked white gulls courting at the beginning of January. The swirling clouds of starlings have been quite a spectacle, like tea leaves spilt in the air – any fortune tellers among you?! Yesterday evening a blackbird was giving such a serenade as I passed that I felt like singing along with it.

Here is a list of the names given to the moons each year. It’s from an old Guardian article I saved. It would have been used as a way of keeping track of the year. I hope you find it useful, or interesting.