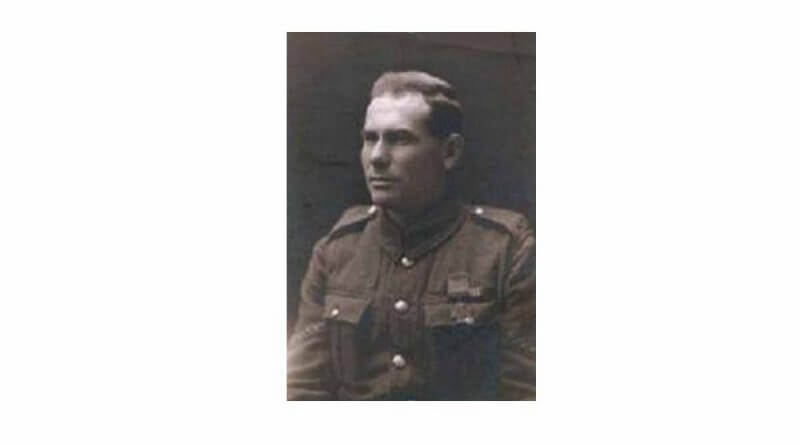 Charles Edwin Stone is amongst a small number of men who were awarded the Victoria Cross and the Military Medal during World War One. He will be remembered on his birthday, 4 February, at a special exhibition in Number 28, The Market Place, Belper.

The date is significant. Not only was it the date on which the announcement was made regarding the award of the Military Medal in 1917, it was also Stone’s birthday. It was on 21 March 1918 that the actions of Charles Stone resulted in him being awarded the Victoria Cross.

Unlike many men who were awarded the Victoria Cross, Stone returned home after the war relatively unscathed. He went back to work at Denby Colliery but in 1923 went to work at H F in Ashbourne. It was here that another act of bravery unfolded. In 1923 he moved to Ashbourne to work for Mr. Clifford Etches at Heywood Farm. Here his capacity for quick thinking and initiative was called upon when a fellow employee, Elizabeth Lees, caught her dress on the fire. The dress ignited and Miss Lees rushed from the kitchen screaming. Charles dropped the churns of milk he was carrying and wrapped his jacket around the burning dress, smothering the flames. Miss Lees, who became Mrs. Harrison, says she owes her life to Charles Stone.

Charles Stone died in 1952 in Derby where he had worked for Rolls Royce. He is buried in a family grave in Belper cemetery.

Amongst visitors to the exhibition will be relatives of Charles Stone who have contributed memorabilia to the exhibition which is part of a new project between Belper Arts Festival, Belper’s World War One Commemorations Committee and Nottingham University.

George Gunby, Chair of Belper Arts Festival, said: “We are looking for stories about life after the First World War ended. We want people to come along to the exhibition and tell us what they know about life immediately after the war ended. Charles Stone was feted when he returned but many other men and their families struggled to cope with the aftermath,”

“We are working towards having a building or street named after Charles Stone and one option that has been suggested are the new tea rooms. Come and learn about Charles and make suggestions.”

The exhibition is open from 10am to 4pm and admission is free. Donations towards future WW1 commemorations will be accepted.