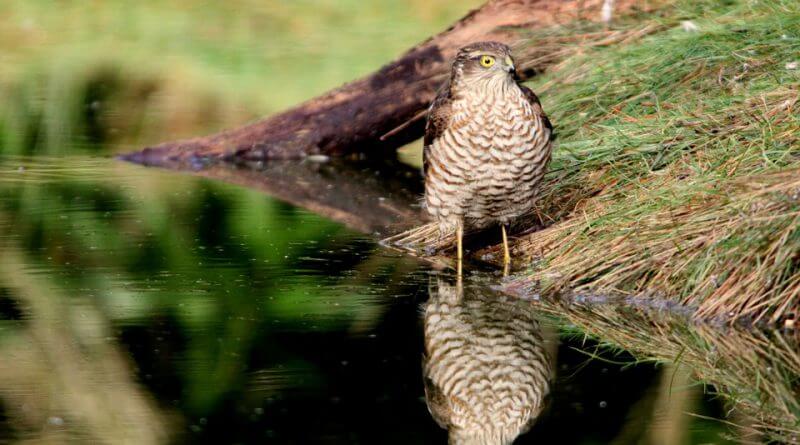 Walking about town, by the river, or looking out of my garden window, the birds I have seen this year are many and varied.

These include: a pair of buzzards, flying high; a greater spotted woodpecker, black & white with deep red markings either side of its head – very pretty; a pair of jackdaws, introducing themselves; long-tailed tits, here all year, as are the great tits, robins, sparrows and blackbirds; a wren, tiny, with its turned-up tail; a nuthatch, reddish orange on its chest & underside; Canada Geese hurrying and herding goslings to the water and onto marshy land and adult geese flying in and mashing up the water, as if fearing some underwater predator might leap out and take their young, while the young chicks merge to invisibility among the marsh grass; a sparrowhawk in a tree; a female blackbird eating fuchsia fruit; a small grey hawk flying in the early evening after rain; a grey heron landing by the river to look for fish; a nuthatch (yellow breast); a bird of prey with a small mammal in its claw trying to land on a treetop in the wind; a sparrowhawk, tail fanned, guarding its afternoon snack; another wren.

These glimpses, in passing, of the world we live among are always exhilarating and make me think how much more there is to see if I were really to look. We are lucky to live in such a place where a casual glance can reveal something thrilling.

Look out for winter visitors such as the redwing and fieldfare. Here’s to 2017 and lots more wonderful wildlife.