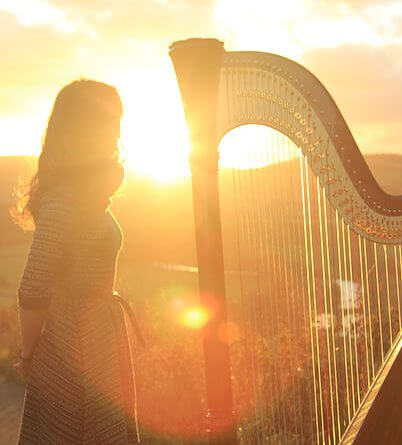 Likened to Kate Bush, Eddie Reader and Joanna Newsom, singer-songwriter and harpist Esther Swift is an up and coming musician in the Scottish folk music scene. Whilst being heavily influenced by her folk roots, Esther’s music also combines jazz, blues and minimalist references. With a passion for pushing the boundaries of folk and classical harp music she has become a prolific song writer.

Her collaborations with fiddler Katriona Price in Twelfth Day and with Jennie Lindop in Horn have brought widespread recognition and broadcasts on Radios 2,3 and 6 where she was championed by Elbow’s Guy Garvey.

For this gig Esther will be supported by our very own Robyn Johnson, an accomplished songster and performer in her own right.

Dec 8th. Tickets £10. Support from Robyn Johnson. Early bird tickets at £8 are available from the venue.