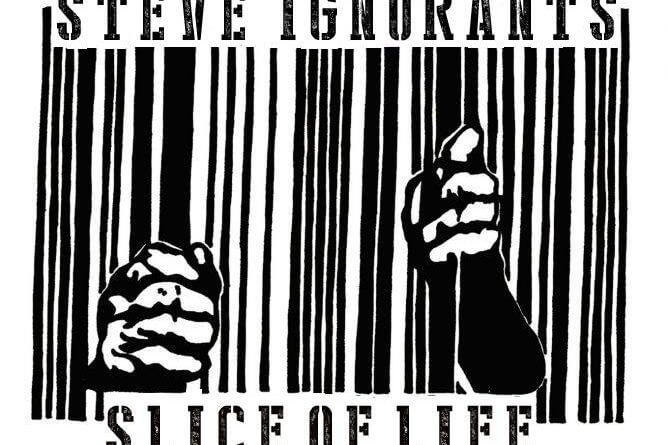 One of rock’s most multi-faceted performers, Steve co-founded legendary anarcho-punk band Crass, going on to tour worldwide and releasing a string of definitive records. When Crass finally brought down the curtain, he did what only Steve Ignorant would do: form, tour and record with not one but two bands. Both, Paranoid Visions and Slice of Life, are now established bands allowing Steve to explore his own musical directions and complexities.

At the same time Steve became a published writer, a sculptor in wood and a fully qualified Punch and Judy man under the title of Professor Ignorant. In his spare time – if it exists – he is also a volunteer member of the Sea Palling lifeboat crew.

Of the two bands, Slice of Life marks the clearest change in direction, in this in guise he fronts a semi-acoustic line up with his own brand of song and spoken word. Probably his most personal and adventurous change of direction, it still retains Steve’s distinctive delivery and sense of danger. The band incidentally includes one Carol Hodge who has already impressed Belper audiences as a distinctive artist in her own right.

To complete the bill, Derby performance poet Dwayne Reads and the Bard of Belper, Chris Butler contribute their own original voices.

Some tickets are still available at the venue or contact mjones572@hotmail.co.uk.