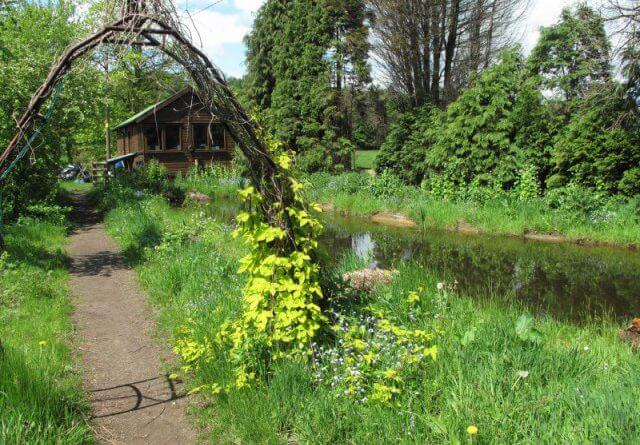 Over the summer the Wild Peak Housing co-operative of Wyver Lane, Belper, have been holding events to raise money for Syria.

All proceeds are going towards supporting the set-up of a women’s run co-operative bakery in Kobane, northern Syria.

The City of Kobane was destroyed by ISIS forces, but successfully resisted occupation. The Wild Peak fundraiser is part of a wider effort to support the people of Rojava rebuild their lives whilst resisting attacks by ISIS and other forces.

Nick from Wild Peak said: “Each year Wild Peak has a summer fund raising picnic. The idea is to bring friends together in the sunshine (we hope), share the place we live, and raise some money for a cause that needs it. This year we chose the people of Rojava in northern Syria. The people of Rojava are doing amazing things whilst defending themselves against ISIS and the Turkish state.”

He added: “They are building a pluralistic administration for their part of Syria controlled from the grassroots upwards, with women’s liberation, and ecological responsibility at its heart. Building a co-operative economy is part of this struggle. Wild Peak is part of the Co-operative network Radical Routes, so we thought it was appropriate to join with other co-ops and supportive individuals to raise money to establish a women’s Bakery in Kobane, the first city to successfully resist ISIS’s advance.”

The picnic they held in the summer, despite the weather, was attended by around 100 people and raised £1,255.

What is Wild Peak?

Wild Peak is a housing co-op that bought the Lawn Cottage on Wyvern Lane in early 2012. Since then they have continued to develop the 69 acres of land.

Members of Wild Peak have a high level of engagement with their local ecology, and wider environmental issues, using a proportion of their time to play a practical part in developing a healthier environment and way of life.

Currently, they are heavily involved in renovating the buildings to accommodate their members. Over the last 3 years they have completed works in the main house and outbuildings, fitted a highly efficient biomass central heating system and are planning to install passive solar water heating to supplement this system.

The crowd funding is open until the 14th of December. If you’d like to further support the women of Rojava the following link will take you to the crowd funding page. Information, images, and video can also be found here: https://coopfunding.net/en/campaigns/support-women-in-rojava-resist-fascism-build-co-operation/