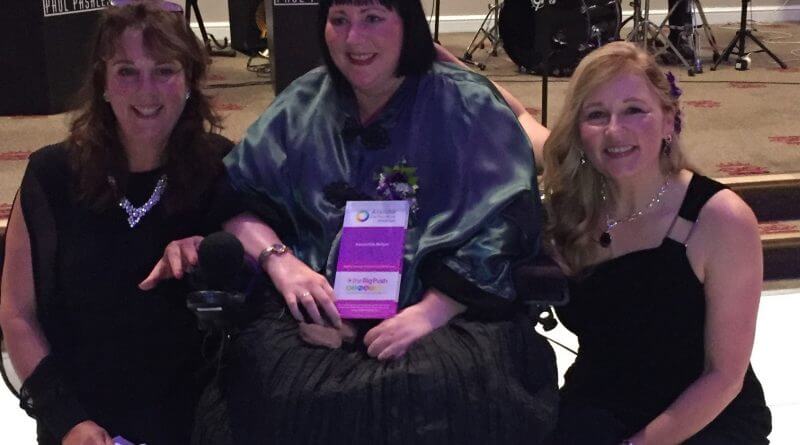 Accessible Belper were invited to a gala awards evening, hosted by Accessible Derbyshire at Chatsworth House, where they received the award of “Most Accessible Town of the Year”.

Siobhan Fennell, Chair of Accessible Belper, said that the award was a privilege and vindication for the hard work of the team to support the businesses and services of Belper with accessible issues.

Accessible Belper has been invited to run their popular workshops at the Strutts Open Day on Sunday 23rd October. To fit them in to all the Discovery Day activities, they have been ‘bitesized’ and will run between 11am and 12pm and then repeated between 1pm and 2pm.

The Introduction to Disability Equality workshop (now 30 minutes) aims to end the awkwardness around disability answering questions like, Where does the word ‘handicapped’ come from? Is it OK to say “you don’t look disabled?” Or say “you’re so brave?”

This will be followed by the Dementia Friends information session (also 30 minutes) which examines the myths around dementia and helps alleviate some of the fear and stigma towards dementia and after which attendees can commit, if they so wish, to becoming a dementia friend.

Becoming a dementia friend involves committing to a social action which may be being more understanding towards people with dementia or wearing your badge as much as possible to spread the message.

Photo: Siobhan Fennell accepting the award for the work of the team of Accessible Belper.