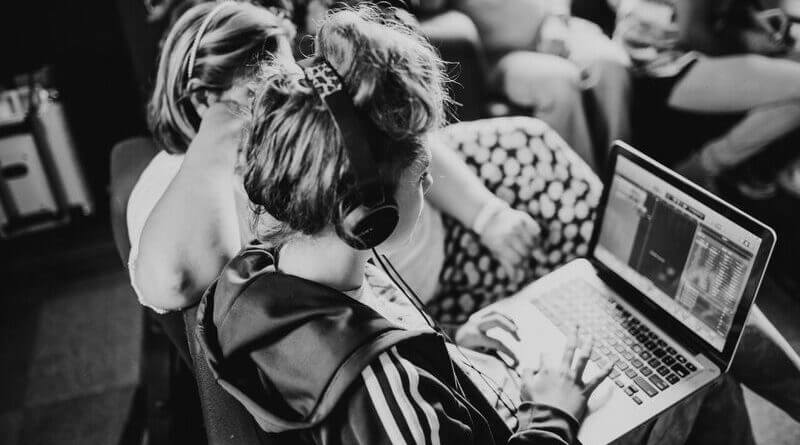 Young people showed off their musical and artistic talents at the Burning Sounds event.

Burning Sounds, now in its ninth year, is a joint venture between Derbyshire County Council and Fleet Arts in Belper where local musicians get together with young people who are facing challenging situations.

Taking place over three days every summer at the County Council’s Lea Green, the music programme gives young people the opportunity to write original songs that are then recorded and performed. This year, however, was slightly different as it also included visual arts as well as a range of music.

“This year’s Burning Sounds was a fantastic event and I’m really proud of what these young people have achieved.

“We have lots of talented young people in Derbyshire who have a bright future ahead of them and the event was a great opportunity for them to show off their talents, meet other young people, learn new skills and build their self-confidence.”

The first day of the event began with taster-sessions so that young people could get an idea of what workshops were available. After sampling the activities they then chose their favourites to concentrate on. These included visual arts and the event offered graffiti art based around the overall Burning Sounds 2016 theme of ‘Respect’, self-portrait photography, making a tree and working on a video to document the workshops.

On the final day the young people were at County Hall in Matlock.

Loz Shaw, who co-ordinated the programme, said: “It was great, because, through an amazing number of different combinations, everyone performed  at least twice! They showed huge enthusiasm and skills – some performing a number of different instruments or singing in different songs, either in groups or solo. They rehearsed all this alongside working to create a huge geodesic dome, which we had to manoeuvre between the chandeliers in the Member Room where the performance took place.”

Burning Sounds 2016 culminated in a performance and exhibition at the County Hall. The audience came through an arch of trees to be welcomed by the 4 metre ‘Respect’ graffiti board. They then passed round the silver and white dome, which was covered in black and white photos of all the participants on the first day. The guests sat down to celebrate the young people’s achievements and watched a video – the live performances of their original music and lyrics – as well as joining in with the final group song.