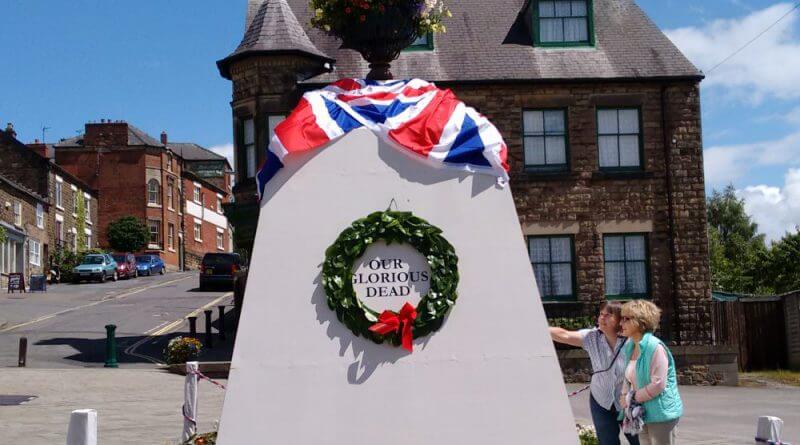 Yesterday (14th September) at the East Midlands in Bloom awards at Mansfield, Belper won Gold in the Large Town Category. This is the seventh year that Belper has received a gold in the awards.

Belper also received a Judges Award for the temporary WW1 memorial on the Market Place.

Locally, Milford’s Millers Way and Lady Well Court Bloomers both won a top Level 5 awards for their community gardens in the Its Your Community Award.

East Midlands in Bloom is an annual competition organised by the EMIB Regional Committee, and is one of the 18 regions/nations which comprise ‘Britain in Bloom‘, the campaign organised by the Royal Horticultural Society.

East Midlands in Bloom is a voluntary, non-profit making organisation and covers the six counties of Derbyshire, Leicestershire, Lincolnshire, Nottinghamshire, Northamptonshire and Rutland.

As reported by Nailed, the judges toured the town in July. Upon leaving a presentation at St. John’s Chapel, the judges were met by more than 100 recycled flowers that were part of the ‘Bloomin’ Junk’ art installation by Emma Carr.

Cllr John Nelson praised the hard work of the town, saying: “There are so many groups in Belper that made an effort for the East Midlands In Bloom competition: Transition Belper, Friends of Belper River Gardens, the Belper Gardening Club, the Scouts and more.”

It was however a bittersweet victory for Belper as the town narrowly missed out on being the regional finalist to Market Harborough. Nelson called the effort a “tremendous success, disappointing that we lost out by 1 point.” Each regional finalist is put forward to compete in the national Britain In Bloom competition.