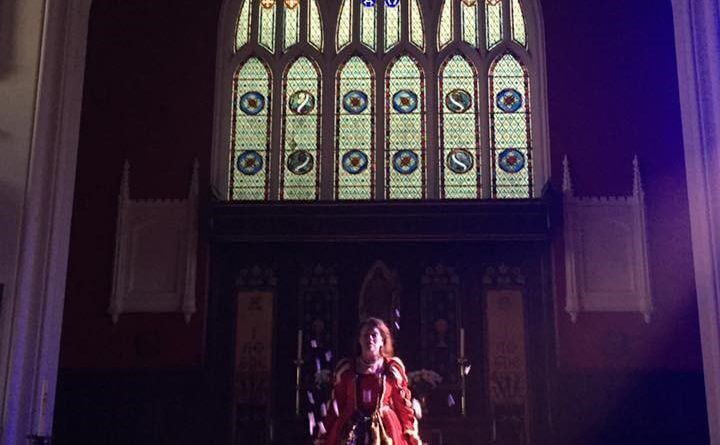 A new play by Belper writer George Gunby will be staged on the 24th of September as part of Melbourne Festival 2016.

‘BOLEYN – The Death And Life Of A Queen’ was premiered at Belper Arts Festival and received a terrific audience and critical response. The play imagines the last four months in the life of one of the most fascinating people in English history.

Four hundred and eighty years have passed since the execution of Anne Boleyn, but she remains a popular subject for writers and audiences. Writer, George Gunby says: “The play is as much about power, motivation and human behaviour and the lengths people will go to maintain their position and influence.”

In the space of a few weeks in the spring of 1536, Anne Boleyn went from Queen to traitor and, ultimately, execution. The constant question asked is why? Did Henry VIII want to open the door that would lead to marriage with Jane Seymour and a male heir? Was it Thomas Cromwell, the master politician, who brought about Boleyn’s downfall by tapping into her enemies at court? Or did Anne, through her actions and indiscretions, cause her life to end in such dramatic circumstances?

Mary Tudor, the counterpoint to Boleyn, is played by Fliss Goldsmith, a graduate of LIPA. “I think Mary is a creature forged from the fires of her own circumstantial hell. Being part of this play is incredibly special. It’s one of those pieces that captures the hearts and minds of both the actors and audiences in their discoveries. And we get to wear big frocks!”

Sali Gresham, a theatre professional of twenty years standing, plays Anne Boleyn. About playing the fascinating role, Gresham said: “It’s always nice to land a great role, a role you can really get your teeth into or maybe lose your head over! (Sorry) One that is so much more than some wonderfully fancy frock. A character that reaches out and strums the audience’s hearts and minds. A multi-faceted individual with a psyche to search and a courage that makes you want to better yourself. Anne Boleyn is one of those roles.”

“Playing her, my attention is drawn to certain thoughts. That with little steps we can change the world. Our bravery and courage can live on past our days, living on to inspire others. Through her eyes, I see a woman who well knew the workings of the world at court around her but refused to bow down to anything but her own rules. Through her heart, I feel a woman that would not stand for anything she didn’t believe in. She would not be dictated to and she lived her life to the fullest.”