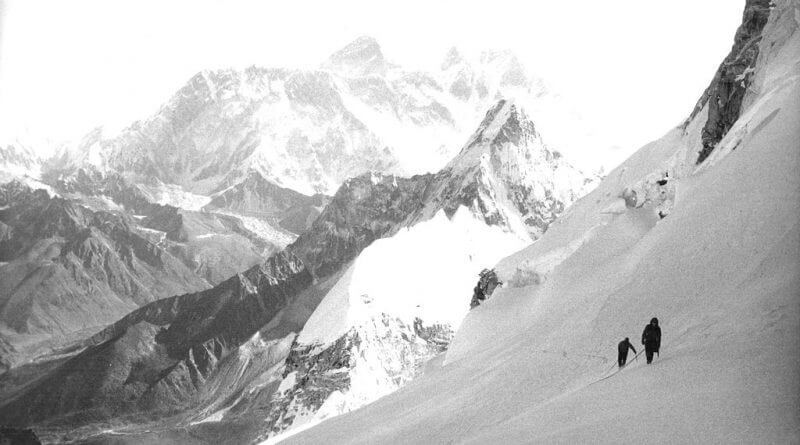 Alison Hargreaves (1962-1995) must count as one of the most famous people to have been brought up in Belper, Derbyshire. She became a world famous mountaineer and this weekend will be the 21st anniversary of her death at the age of just 32.

On 13 August 1995 Alison Hargreaves climbed to the summit of K2 (in Pakistan), the second highest mountain in the world. Tragically, on 14 August 1995, she died, along with 6 other mountaineers, during a storm with hurricane-force winds whilst descending the mountain. Another mountaineer also died in the same storm.

Alison Hargreaves was born in Mickleover, Derby and moved to Belper at the age of 9 with her family “in the Derwent valley North of Derby. At the bottom of the road the river surged across a weir, past the red-brick walls of the old Strutt cotton Mill…”. She attended Long Row primary school and Strutt’s middle school and won a series of awards in the Girl Guides.

In the 1970s she attended Belper High School where the outdoor pursuits of climbing, canoeing and caving were treated as “an intrinsic part of the curriculum”. This, in addition to her parents’, and in particular her father’s, enthusiasm for climbing inspired her to take to the hills and heights of the Peak District, Snowdonia and the Lake District and then on to the highest mountains in the world. She married James Ballard in 1988 and became a mother, having two children.

She went on to achieve many mountaineering firsts including the first unsupported ascent of Everest by a woman (13 May 1995), the fifth British ascent of K2, the first female solo ascent of the Cruz Spar in the French Alps and the first ascent by a British woman of the Eiger’s North Face.

Alison Hargreaves’ story is documented in “Regions of the Heart: the Triumph and Tragedy of Alison Hargreaves” by David Rose and Ed Douglas which is the source of the information in this article.

The book was published by Michael Joseph, Penguin in 1999.

Photo: CLIMBERS ON KANGTEGA, the ascent of the northwest ridge of Kangtega, Solu Khumbu, Nepal, by Jeff Lowe, Alison Hargreaves, Marc Twight, and Tom Frost, pre-monsoon, 1986. Alison Hargreaves and Jeff Lowe move above the high camp onto the Kangtega Plateau on our summit day, 1 May 1986. In the background: Everest, behind the Lhotse-Nuptse ridge, and Ama Dablam