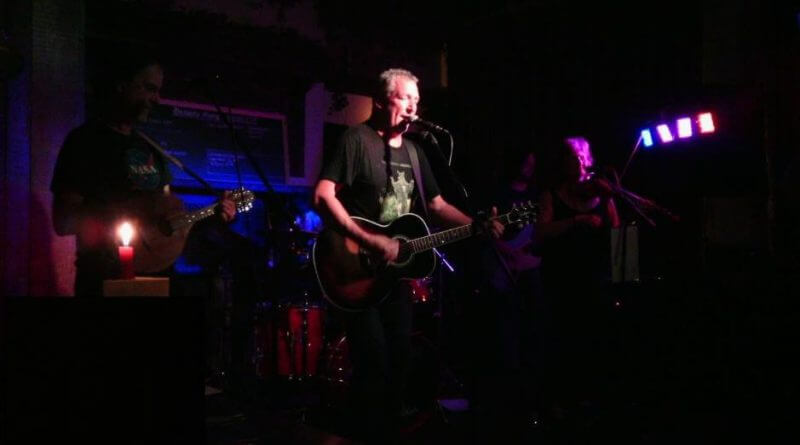 There’s a long tradition of folk-rock bands in and around Derby and much of it has Belper connections.  It goes back to the mid-1970s and a melodic folk-edged band called Skyye that evolved from the more folky, singer-songwriter style of the Jeff Lane Band. They built quite a local following and played support to the likes of Amazing Blondel and Chapman Witney Streetwalkers before succumbing to the onslaught of punk. Think Lindisfarne meets Dire Straits.

Then came Roaring Jelly – more folk than rock and more fun than a party in a brewery. I still have fond memories of ‘Christmas in Australia’ which was released as a single in 1980. Their debut album – Roaring Jelly’s Golden Grates’ – was released on Belper’s own Free-Reed Records in 1976 and produced by none other than local folk hero, John Tams.

Get your hands on ‘This Label is not Removable – a Celebration of 25 Years of Free Reed’ via www.free-reed.co.uk/frtcd25 or phone 01773 824157 for an extensive box set of Free Reed output.

No Right Turn exploded onto the scene in the 80s with regular Sunday night events at the Crest Motel in Littleover. These often featured other accomplished and better known musicians such as Gordon Giltrap. No Right Turn were Jayne Marsden on vocals, bassist Andy Cooper, guitarist Adrian Dent, mandolin player Mick Doyle and percussionist Boz Borys. Jayne later married Andy while Mick now lives in Belper. Releases such as ‘Off the Tracks’ (sound familiar?), ‘Rusticus’ and ‘New Rising Tide’ led to an appearance at Glastonbury in 1992. After splitting in 1992 Jayne, Andy and Boz released Passion Reason in 1993.

Jayne also went on to form her own band – Jayne’s Red House – before her untimely and sad death.

Adrian and Mick went on to form Neverland who knocked out a harder, rockier version of celtic-rock. When they reformed in 2006 to release ‘Speak’ Adrian and Mick were joined by Andy Portas, Justin Monkton and that man Boz. There have been full band and acoustic sets ever since and they have regularly delighted the George and Dragon crowd – including a full band performance to raise money for a defibrillator for King Street.

Meanwhile a singer-songwriter by the name of Alan Woolley had teamed up with Belper guitarist, John Adams, to write and release a 3 track EP called ‘Turkey’s Wattle’. Soon after they were joined by… Boz (he does get around), Sarah Matthews on violin and Paul Grainger on bass and The Rattlers were formed. Extensive gigging saw them signed to Pagan Records and the release of the deliciously titled ‘Pleasures in Misadventure’ in 1995. Two years later and their follow-up – ‘Weightless’ attracted rave reviews.

The band carried on gigging for another nine years playing powerhouse celtic-rock anthems with an awesome precision and tightness that could sway any audience and get thousands up on their feet singing and dancing.  I saw them take a full 4,000 capacity tent at the Peterborough Beer Festival – beer drinkers who had never heard of them – and turn them into fans.

Then, this spring, talk of a reunion. A couple of weeks ago the anagrammatic ‘Trash Letter’ stormed a two hour set at the Old Poets In Ashover and it was as if they had never been away. The dozen or so die-hard fans who had travelled to join the locals were singing along to every word from the off – ten years on from their last gig. Catch them at Off the Tracks festival this autumn or the Derby Folk Festival. Or book early for their Christmas gig at the Flowerpot on December 28th.

Or perhaps we can persuade them to come to Belper for a Nailed benefit gig?

It doesn’t end there. Sarah Matthews also teams up with Doug Eunson as Cross o’th Hands, Alan Woolley plays gentle acoustic gigs with Leavon Archer and John and Paul have teamed up with Neverland’s Justin Monkton as ‘Peashooter’. Watch this space.