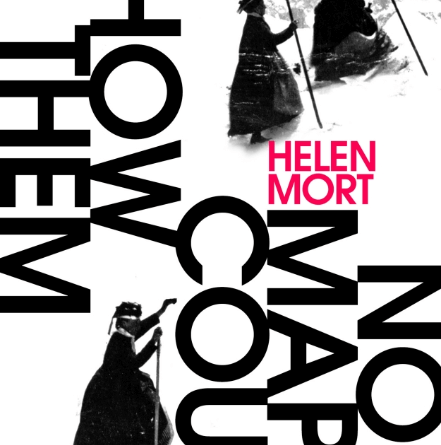 There is something quite extraordinary about this collection of poems. Helen Mort’s poems are of landscape and language, the human body and heart: honed, weathered, fragile; they trace the utter vulnerability of being human, the mortal risks and fears. Like a tuning fork, they have a clarity, an intense reaching to know and understand the people and places she loves. They have a rare depth and honesty. They are compelling.

Several of the poems are inspired by and dedicated to women mountaineers from previous centuries, including reference to the crinolines and hats women used to climb in. “Black Rocks” is an elegy for Alison Hargreaves, the mountaineer (from Belper, Derbyshire) who died descending K2 in 1995. “Routes” is unusually musical, with a tight interweaving of rhymes in the top two verses, a dance of words. It is a song about risks. “Dear Alison” is a moving letter.

Helen Mort lives in Sheffield. She was Derbyshire’s poet laureate from 2013-2015 and many places in Derbyshire are explored and honoured in her work: “Above Cromford”,”Hathersage”, “Kinder Scout”. The humble reign of climbers in “Alport Castles” reminded me that the Yorkshire way of saying something is “summit”. There are also poems about the Hull triple trawler disaster of 1968 and about Tom Hulatt (from Tibshelf, Derbyshire) who came third in the historic race of 1954 when Roger Bannister beat the four-minute-mile.

The title poem “No Map Could Show Them” is truly beautiful and reads like the riddle of a place. She explores the lightness and weight of the human body and of love in poems such as “Scale” and “Height”. In “Mountain” the mountain landscape becomes a part of the man and is the metaphor for a huge grief.

I cannot recommend you read them enough.

It is available to buy or download from here.

Like what we do? Tip Nailed to support community journalism, and help us provide an independent, better service for the town.

One thought on “Review: “No Map Could Show Them” by Helen Mort”