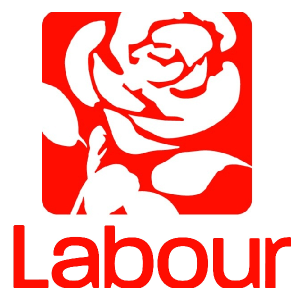 Important Edit: (1am 16/07/2016) Within an hour of writing this, the NEC further restricted voting and added the rule that people have to have been a member of a union or affiliated group for 6 months in order to vote. I am leaving the article but adding this edit to the page, in case the situation changes. At present, if you joined since January, you cannot vote in the leadership election now.  So this information is no longer applicable.

Following the news that Jeremy Corbyn will automatically be on the ballot paper for the Labour leadership election there has been a lot of consternation about the fact that after many members, including Jeremy Corbyn, had left the meeting, a new motion was proposed and voted on by those involved in the attempted coup to oust him from his democratically valid position as elected leader. The motion was to exclude all the new members from the leadership election vote, the majority of whom have stated that they had joined to support Jeremy Corbyn’s leadership.

Hundreds of thousands of new members have been deliberately excluded from the vote, in a blatant attempt to manipulate results undemocratically.  The NEC imposed a cut off date of 12th January 2016 as the date by which a member must have joined in order to be allowed to vote.  It’s a clear attempt to silence the massive wave of people who are joining the party in order to affect change by supporting the leader who speaks for them, not big business or the establishment. It also silences any support which their undemocratic  actions might have garnered.

Labour Headquarters responded to Nailed’s enquiries with the repetition of the situation that all new members will have to pay £25 for a one off vote unless they are part of a group which also gets a vote.  They would not respond to questioning about how this was fair when they represent many people who don’t have the money to spare to buy a vote.  When informed that Nailed has copies of the membership details and terms and conditions from 12th July that state that becoming a member guarantees a vote in leadership elections, with no provisos about dates by which one must have joined, the HQ staff member stated that they sometimes do this but offered no futher comment when informed that doing so broke many rules, including trading standards which requires that offers meet their advertising or be entirely withdrawn.

If you have purchased membership and cannot vote, you can report the breach of trading standards through Citizens Advice.  We have uploaded the dated screenshots of the Membership Offer and Terms and Conditions to our Flickr galleries; feel free to use them yourselves.

The £3 one off fee introduced for the election at which Jeremy Corbyn was elected by a massive majority is no longer available and has been replaced by the £25, I assume to price out as many grassroots voters as possible.  You will need to join again as either a registered supporter (£25) or affiliate member (see below).

If you are a member of an affiliated union:

If you’re a member of an affiliated trade union, check to make sure you haven’t opted out of the political levy (opt back in if you have/can) and then you can register with Labour as an affiliated member and you will be able to vote in the leadership elections. The deadline is the 8th August.

How to obtain a vote if you’ve been disenfranchised by the Labour NEC’s decision:

Join as an affiliate supporter before 8 August

By far and away the cheapest and most accessible option is to join Unite for just over £2 a month. If you don’t want the membership beyond the election, just cancel it afterwards.

If you would like to join a trade union relevant to your life then the fees vary but tend to be cheaper than the £25 registered supporter fee.  Check this before filling in a direct debit though as some cost a little more.
List of affiliated trade unions.
BAME Labour is £5 for two years for ethnic minorities.

Providing that you don’t opt out of the political levy, you can then register with Labour as an affiliated supporter and you will be able to vote in the leadership elections.

Some unions and groups are now reporting that joining them will not get you a vote.  LGBT Labour have sadly put up this notice.  Scientists for Labour have also suspended membership due to this issue. So my advice is to join Unite.

Join as a registered supporter for £25
Before 20th July