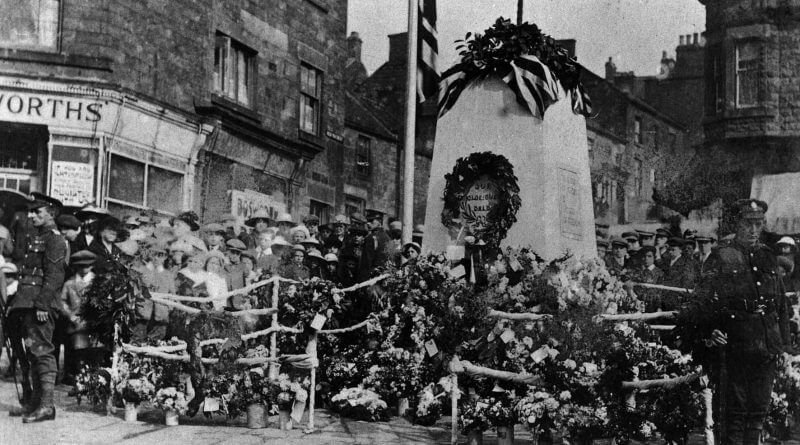 On Friday 1st July, it will be exactly 100 years since 14 Belper men lost their lives on the opening day of the Battle of the Somme, some of them in the first few moments of the conflict. It was the greatest loss of Belper life in a single day, in the town’s entire recorded history.

To commemorate this tragedy, and remember those 14 men, a series of events are planned for the weekend of July 1 to 4. Before these events begin, the town’s 1919 temporary war memorial will be recreated again in Belper Market Place, as it was for the centenary of the outbreak of war in August 2014. In the Memorial Gardens, 14 pots of red geraniums will be placed around the town’s permanent memorial by Belper Gardening Club, with details of each man who died.

A commemoration in drama, music and poetry opens the weekend on July 1 at 7.30pm in St Peter’s Church. Called ‘The Fourteen’, it is £5 per ticket, under 16s £1. Tickets are available online from www.belperartsfestival.org and at the Oxfam Bookshop on King Street, Belper.

The following day Belper historian Adrian Farmer leads a wartime-themed walk around the town from Strutt’s North Mill at 2pm, talking about discoveries made while researching his forthcoming book on Belper in Wartime.

On Sunday 3 July, a short open-air service is being held at 3pm around the recreated memorial in the Market Place. When the original was unveiled in 1919, 6,000 people turned out to see it, and many vases of flowers were placed around it – there were no fancy cut flowers in the town because of a rail strike. People are being asked to do exactly the same this time and bring garden flowers, in jam jars or whatever containers they have, to place around the memorial between 11am and 2pm, ready for the service at 3pm. After the service, there will be refreshments and a free exhibition in the No.28 Community hall on the Market Place.

On Monday 4 July, the final event will be a blessing ceremony for the poppy field on the Chevin Hill, which spells out a massive ‘WWI’ in poppies, which are now starting to bloom. Like the open air service, all are welcome to come along for the short blessing service. Meet in the Bluebell Inn car park in Farnah Green at 6pm for a procession to the field.

The events have been coordinated by the town’s World War One Commemorations Working Group. Adrian Farmer, who chairs the group, said: “It’s been a real joint effort to bring this together, with help from the town council, Belper Arts Festival, local churches, No.28 and individual researchers, to name just a few.

“We want to show that Belper hasn’t forgotten those 14 men who lost their lives 100 years ago, and hope that plenty of people will turn out for the events and bring some flowers along to decorate the memorial on the Sunday.”

After the weekend, the memorial will stay in place until after the Belper Food Festival on Sunday 10 July.

A website, www.belperinwartime.org, tells the stories of each of the Belper men killed in action during the war, and has more information on the coming events. You can also follow Belper in Wartime on Facebook.

The picture at the top of the page is the 1919 temporary memorial, this is the 2014 recreation: 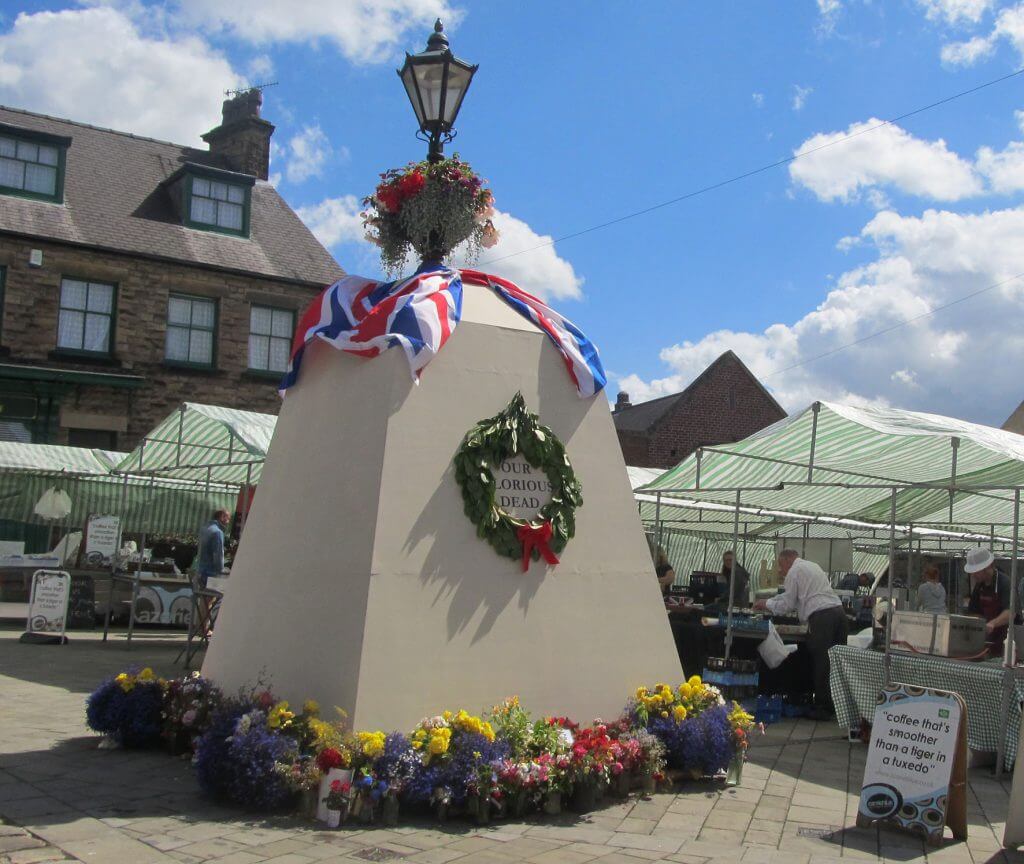 One thought on “Remembering the Fourteen”