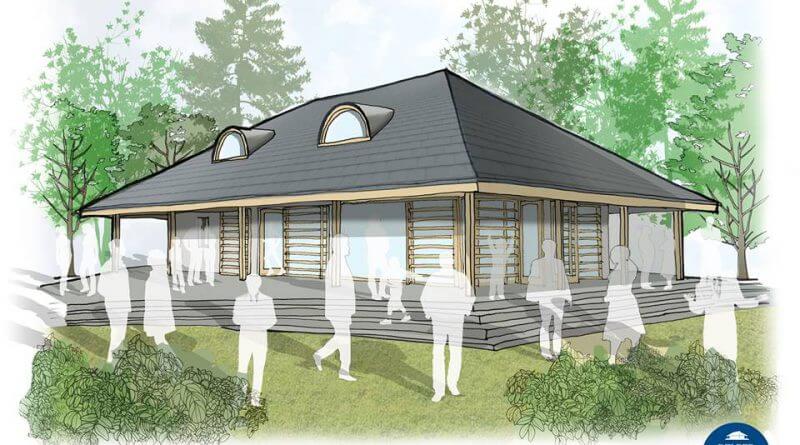 A public presentation was held last night (June 17th)  to show residents proposed plans for the future of the River Garden Tearooms.

The event, held at Number 28 on the market place, was organised by The Belper Tearoom Association with the intention of displaying options for the new tea rooms to the community.

The Belper Tearooms Association was created in 2015, out of a need by individuals and organisations in the town to finally see a positive end to the long running saga, which has seen the present building closed, then derelict, for decades.

A new non-profit making Community Interest Company (CIC), called Belper Community Enterprise, was created in May to handle the project and raise the funding needed. The company has been recognised by the land-owner, Amber Valley Borough Council, which has agreed to work with the CIC to support delivery of the tea rooms project.

The much anticipated new design is by local architect Richard Keighley. The design proposal for Belper River Gardens Tea Rooms aims to respect the original design of George Herbert Strutt in 1905. It is a simple, adaptable structure with a large roof that is in keeping with the Edwardian Gardens. 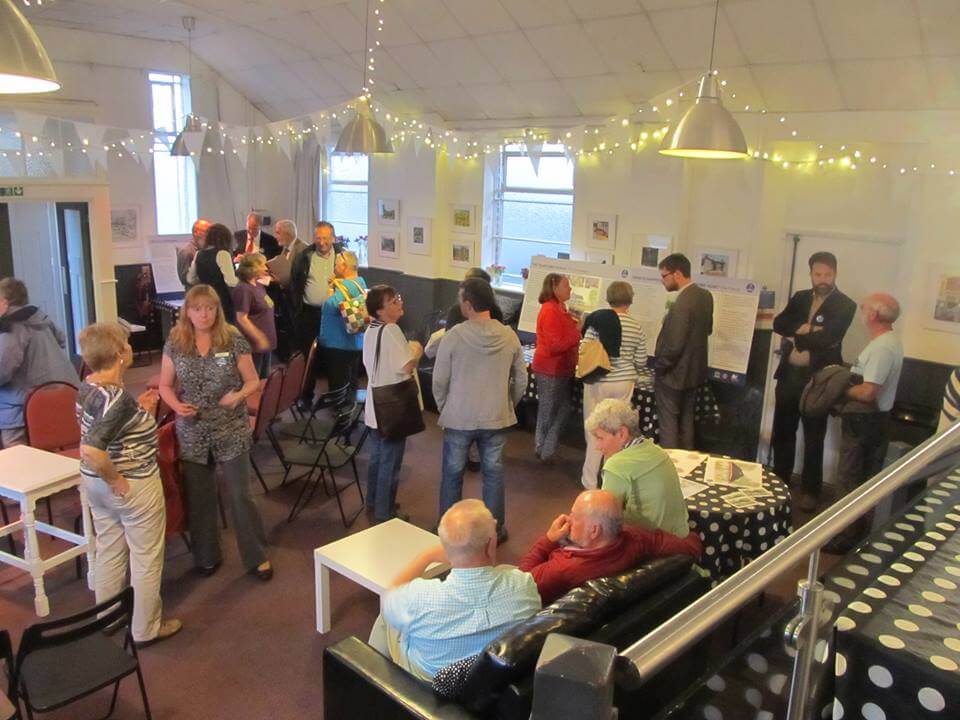 To make the building commercially feasible, the community will be able to use the tearoom outside of regular hours. The BTA are keen for it to be “a new multi-purpose facility available to organisations in the town, and it’ll be an added income stream to make sure the tearooms are sufficiently viable to last for many, many years to come.”

Trevor Griffin, who chairs the Friends of Belper River Gardens and is a member of the Tea Rooms Association and a director of the CIC, was one of those leading the presentation. He said: “A lot of people have been working very hard for the best part of two years to reach this point, and we hope the public will like what we have planned.” 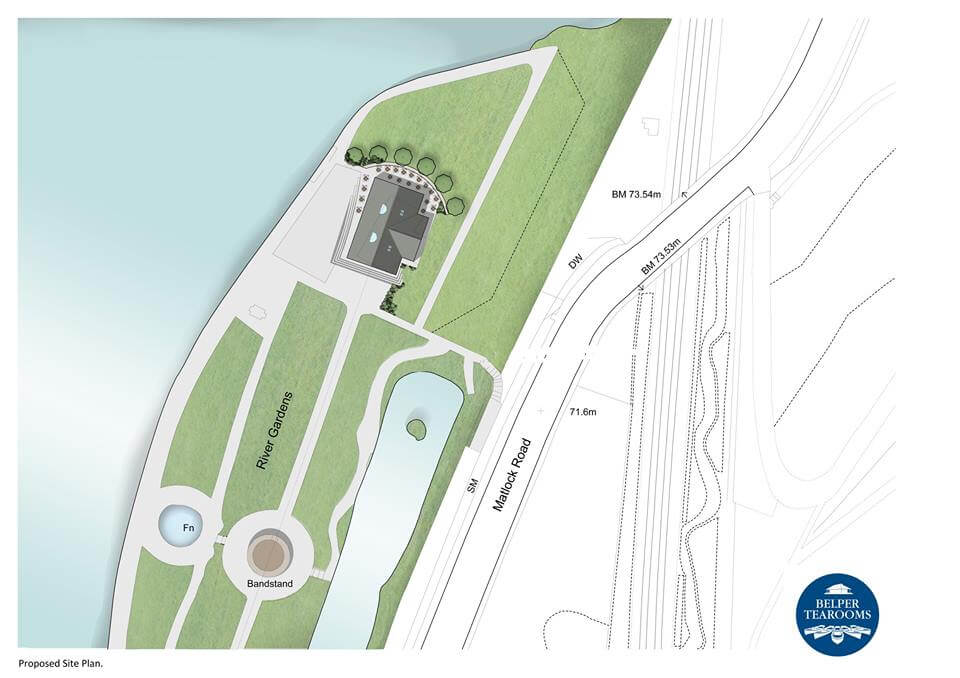 Whereas the old tearooms were parallel with the promenade, the new proposal has the building aligned exactly to the bandstand pathway. This will allow residents to view the bandstand and mill beyond. It will also mean the tearooms is angled slightly towards the weir, giving an even more impressive vista across the river. 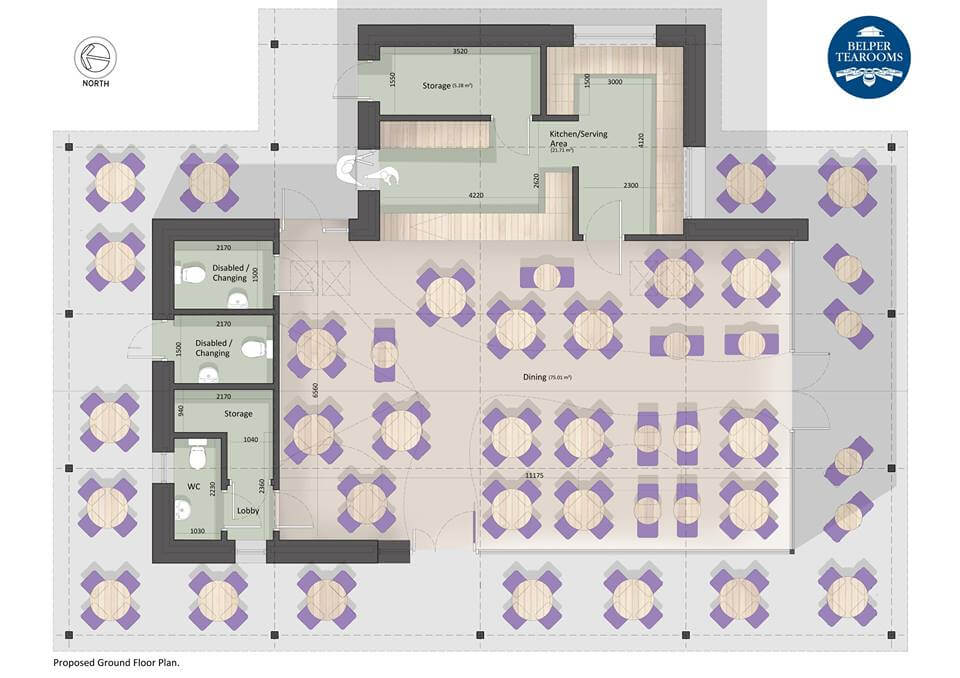 The plans show a large space with plenty of seating, both inside and outside on the veranda. The serving area accommodates three people working in busy times but can be staffed by a single person during quieter times.

Cllr Ben Bellamy said: “The design looks perfect for what Belper needs so that the River Gardens again can become something we can be proud of. My thanks go to the all the people who have taken the project so far, and I will be offing my full support to make the plans a reality.” 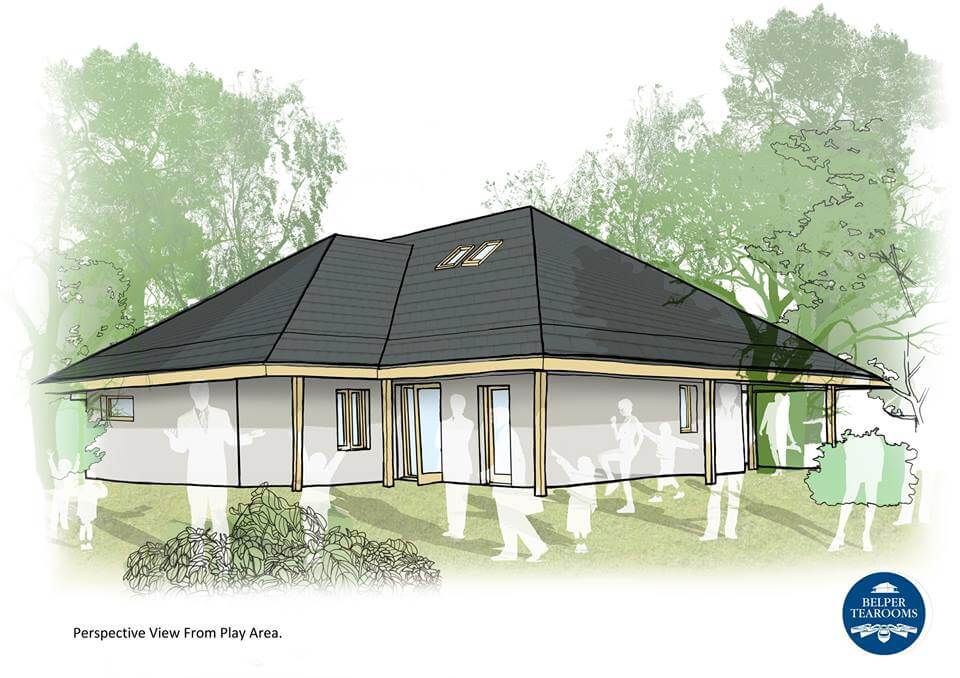 Now the plans have been unveiled, formal advice can be sought from Historic England and the building fully costed. Planning permission will then be sought and funding secured (they’re working on that – hope to have an announcement soon), before a contractor is secured and a concession agreed for someone to run the building.
Demolition will then immediately be followed by the building of the new Tearooms, followed by a grand opening, hopefully in 2017 but possibly in 2018.