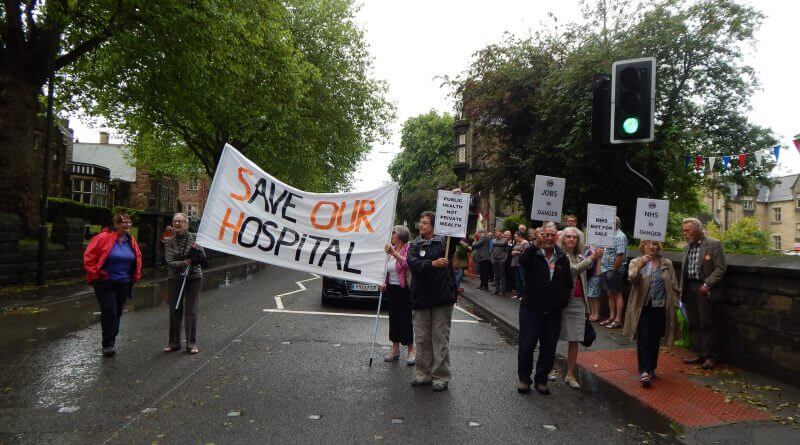 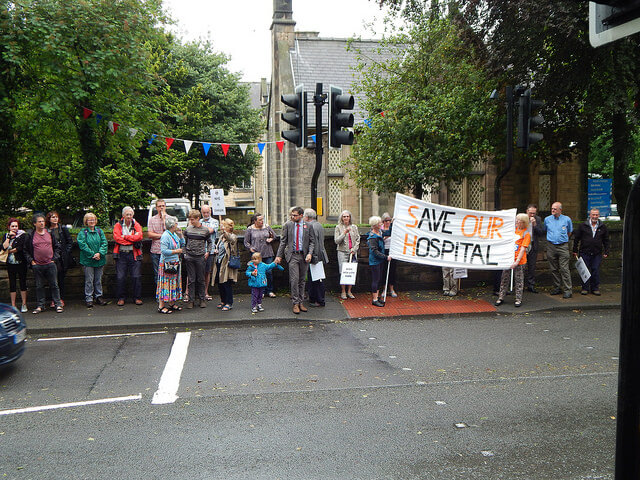 A protest highlighting the possible closure of Babington hospital and NHS Services brought scores of people onto the street.

The protest, organised by Save Our NHS, took place around 4PM after the group held a meeting to discuss the issue at the Strutts Hall across the road. The demonstrators called for the hospital to remain open and for no jobs or services to be lost in the area. 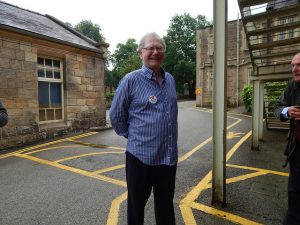 Lead organiser Keith Venables said: “what we are trying to do is raise awareness of the broad issues nationally and locally and unfortunately our local hospital in this part of Derbyshire is threatened as part of the national picture.

“and even though decisions have been considered for a while now about closing it and moving it, once the big cuts begin to hit nationally then we feel we may lose the hospital, but worse than that we may lose local resources.”

This prompted the group to hold the public discussion, followed by a protest, outside the hospital during a time when many commuters were returning home from work.

Protestor, and Belper resident, Chris Copeland said: “It was very positive. The crowd were very strong and angry – they mean it. There was article today about bed-blocking in acute hospitals. If they close this down it will get even worse.”.

At the beginning of the protest a few stopped cars blasted their horns to object to the protest but this rapidly changed in tone to hooting of support from a great many vehicles, including commercial lorries.  The support came from both stopped and unstopped vehicles.  The objections came from a few cars but most people seemed to realise that the issue was more important than the few seconds they were stopped for. That didn’t stop a few disgruntled drivers from asking the police to shut the protest down. One policeman arrived but did not stop the protest.

Following the road protest, Save Our NHS moved indoors to Occupy Babington cafeteria. 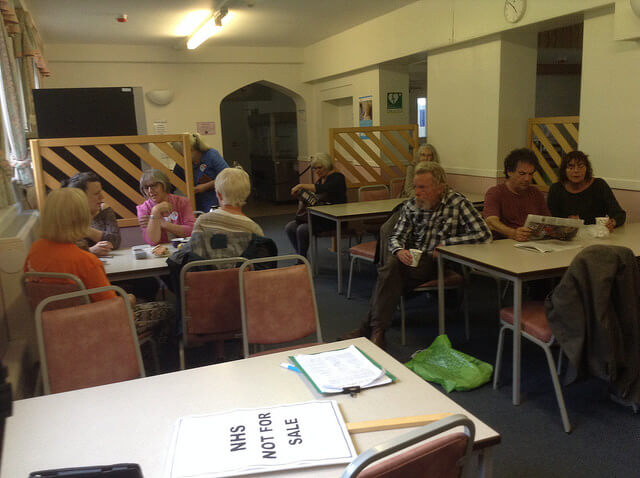