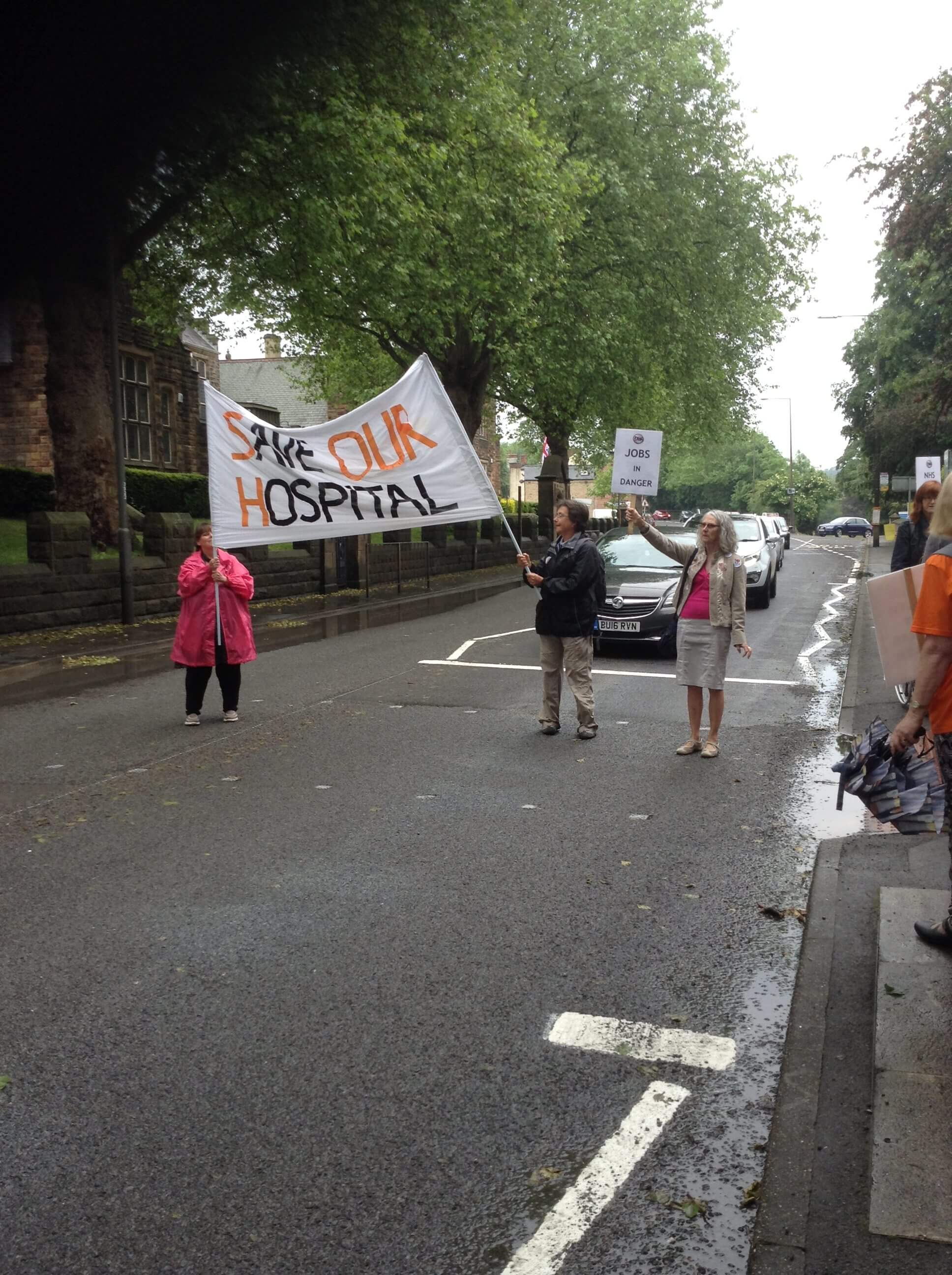 Save Our NHS are protesting the closure of Babington right now. They are stopping traffic, with a huge amount of support from passing and stopped traffic.  If you can hear the horns beeping, that’s support for our NHS and this protest.

We are live on the scene talking to protestors where the police have just stopped the protestors from stopping traffic. They cited public complaints but refused to say how many they had received.

Update: The group has now moved into the hospital to Occupy it with the intention to stay for at least an hour. Come down and sign the petition.